To give lesson to college students, Karnataka principal breaks mobiles 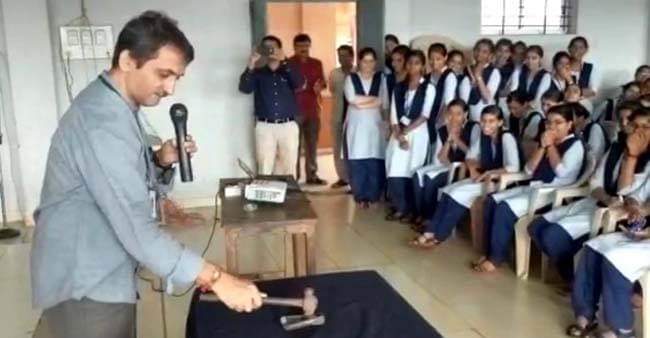 The usage of mobile phones in the classrooms of MES Chaitanya PU College has been banned but the students continued to use their phones even after it. The college authorities repeatedly plea to students but they were adamant not to understand and eventually, the principal had to take this action.

The college authorities planned to have a surprise check and as they executed their plan, they got 16 mobile phones which were being used by the students. The students then were asked to assemble in the hall of the college and then rest of the story took place, that is the principal smashed some of the mobile phones.

Karnataka Associated Managements of English Medium Schools general secretary D Shashi Kumar supported the action saying that the situation in schools and colleges is now getting out of hand and such actions are necessary to be taken just to punish the students. He also said the student’s parents are also not keeping eyen on them as they are bringing the items to schools and colleges which are strictly prohibited.