After Gold and Brahmastra, Mouni Roy bags another film opposite John Abraham 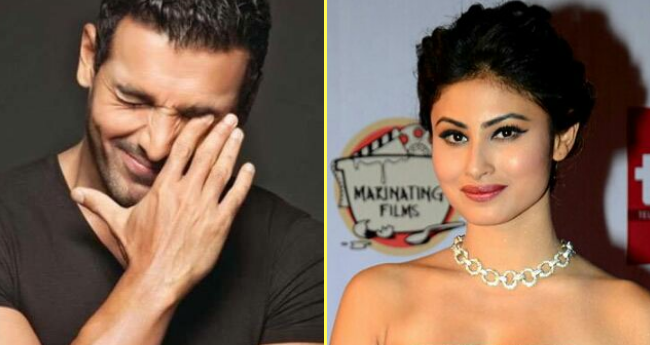 TV Diva Mouni Roy who rose to fame with Ekta Kapoor’s Naagin is all set to fly high as she is soon going to make her Bollywood debut this year.

We all meet many people in our lives ; some come by for no reason whatsoever, some teach us & some become important in time. For me there s family & friends and then there s you. One day i was walking outside my uni god knows planning to do what with my life & the next day i was working for you. All i know , all i am is because of my baba & You. You taught me everything about being an actor. We may not meet often but you know I always love you from afar & am very emotional about you 👩🏻😬 may this year and every year bring back all the blessings & joys & sunshine you light in everyone’s homes & hearts. @ektaravikapoor May you continue to weave magic with your stories forever… ❤️ Happy happiest birthday my dearest ekta maam. Celebrate ( coz you should) & eat lots of cake🎂✨💫🕺💃🏻 P.s its 11:11. Make a birthday wish xx

Though the actress has been in the TV industry since several years and worked in classic shows like Kyuki Saas bhi kabhi bahu thi, she made a mark with Naagin and since then, she has not looked back. Last year, she signed a project titled ‘Gold’ opposite Akshay Kumar. The film is releasing on August 15.

Her first film hasn’t even released yet that she got another big project titled ‘Brahmastra’ which stars Alia Bhatt, Ranbir Kapoor and Amitabh Bachchan. It is based on Amish Tripathi’s Shiva Trilogy and is produced by Karan Johar. Mouni will be seen playing a negative character.

And now, the latest reports suggests that the TV fame has bagged her third bollywood project alongside handsome hunk John Abraham. The film is said to be titled RAW which stands for Romeo, Akbar and Walter. It will be a spy thriller.

John was last seen in Parmanu- The story of Pokhran.