Rumoured couple Hardik Pandya and Elli Avrram no more together? 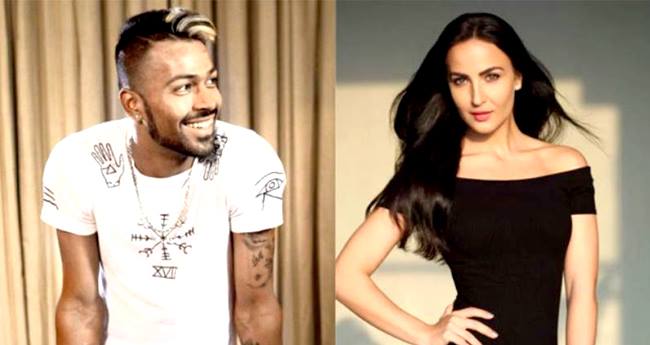 The buzz about the Cricketer Hardik Pandya and Actress Elli Avrram relationship has been going around for a while now. None of them has ever confirmed nor denied about their relationship. Elli once said that “Let them [people] be curious in life. Why do I need to clarify anything? By talking about these rumors, I’d just be giving more fodder for gossip [material]”.

Wherever you go just keep on smiling and spread Love💘😚. #godsgrace #goodvibes #love

Now as per the reports they broke down their relation but again none of them confirmed about the breakup rumors. Apparently, Hardik is seeing another upcoming actress and called it quits with Elli, who he was rumored to be dating for over a year. Incidentally, Hardik was recently linked with Hate Story 4 actress Urvashi Rautela, after the two met at industrialist Gautam Singhania’s party.

Your ability to generate feelings of love is unlimited, and when you love you are in complete and utter harmony with the Universe.

Earlier the link up of Hardik and Elli came up when Elli attended Hardik’s brother Krunal Pandya’s wedding and was seen interacting with the family and other guests.

On the work front, Elli will step into Lisa Haydon’s shoes in the Tamil and Kannada remakes of Kangana Ranaut-starrer Queen, titled Paris Paris and Butterfly, respectively.