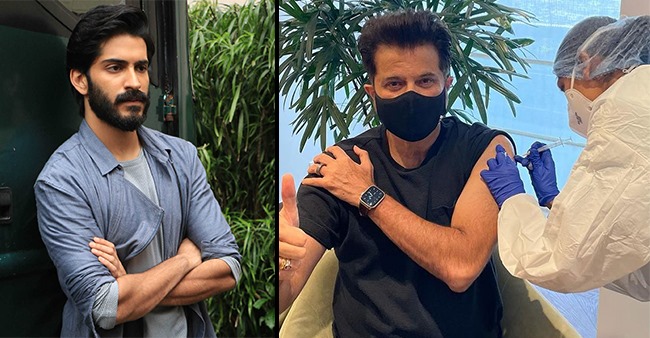 Amid the sudden spike in positive cases, the need for getting oneself vaccinated against the infection has become a necessity. Many people are receiving their doses against the viral disease and are sharing the same with others, in order to urge them to do the same.

Recently, Bollywood actor Anil Kapoor received his second dose of vaccine. Taking to his Instagram, he shared a picture of receiving the vaccine dose. The caption alongside the picture read, “Done With The Second Dose (sic).”

Many netizens commented on the IG post but it was the comment from Anil Kapoor’s son Harsh Varrdhan Kapoor which grabbed everyone’s attention. The latter wasn’t sure about his father’s eligibility to receive the vaccine dose, solely because of his looks.

The government has announced that citizens above the age of 45 are eligible for the vaccine against the disease which has tightly gripped the nation. Actor Anil Kapoor is 64 years old and fits the bracket. But the star has aged like fine and looks nothing his age.

In the comment section of the post, the Bhavesh Joshi Superhero actor quipped, “How? For below 45 years of age you can only get vaccine post the first of may (sic).”

Several netizens liked and reacted to Harsh Varrdhan’s witty remark but Anil Kapoor surely did come back with a clever reply. The Race 2 actor wrote, “If they hadn’t seen my date of birth on my Aadhar card, they probably would have asked me to come back after the 1st of May (sic).”

The friendly banter between the father-son duo was enjoyed by the netizens. While Harsh Varrdhan made a funny remark, Anil Kapoor’s daughter Rhea Kapoor cheered along for him.

In the past few weeks, many B-Town stars have gotten themselves vaccinated. These actors include Saif Ali Khan, Sharmila Tagore, Sanjay Dutt, Salman Khan, Paresh Rawal, Dharmendra, Hema Malini, Neena Gupta, among others.

The government has said that from May 1, 2021, citizens above the age of 18 will be eligible to take the vaccine dose.

Published by siddhi ajgoankar on 21 Apr 2021