Actress Janhvi Kapoor rules the heart of many. Carrying the legacy of her mother Sridevi, Janhvi recently made a debut with Shashank Khaitan’s directorial movie Dhadak alongside Ishaan Khatter who already debuted in Majid Majidi’s Beyond The Clouds. The movie has received positive reviews from the critics, audience and the Bollywood fraternity. While there are many who said Dhadak did justice to the Marathi movie Sairat from which Hindi remake is adapted, there are also who still would Sairat over Dhadak. Well, everyone has different perceptions, all we can say is the newcomers have done their job very well and already earned 8.71 cr on its first day and earned 48.01 cr till date.

After the success of Dhadak, her sister Khushi Kapoor also decided to put her in the Filmy World. Kapoor’s Lil girl Khushi will soon join the Bollywood as per reports.

Seems both of them will rule the Bollywood with their charm as they already have a huge fan base on the social media platform. Janhvi loves throwback pictures that’s why you’ll find Janhvi and Khushi’s childhood innocence on the Instagram account of Janhvi.

Of lately, some childhood pictures of Janhvi and Khushi are doing around on social media for a while now and they hella cute. Have a look at the pictures: 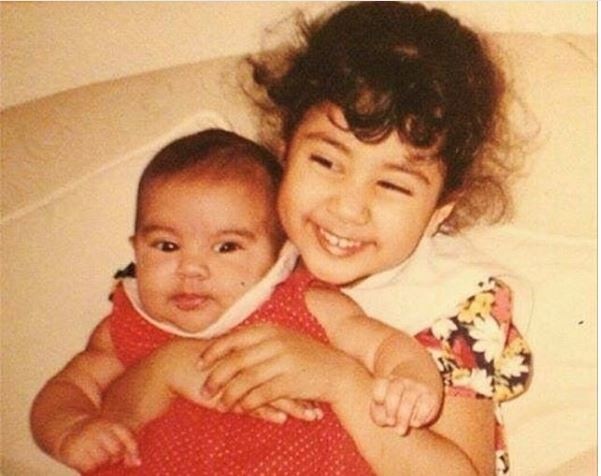 I love you more than anything ❤️ #happybudddday

Earlier, Sridevi had said that “Yes, Khushi says she wants to get into modelling. Pehle, she wanted to become a doctor. Phir doctor se lawyer and now it’s modelling. So, I am waiting for the shock to happen.”

During a recent conversation, when Boney Kapoor was asked if Khushi plans to join Bollywood, he revealed, “I wouldn’t say that I motivated Janhvi. I encouraged her to let her do what she wants. Why curb someone’s natural instincts? Like for one, I didn’t know until Salman (Khan) told me that Arjun has it in him to become an actor. On the other hand, my eldest child, Anshula is extremely academically inclined. And Khushi first wanted to become a model – but has now shifted her focus to becoming an actress”.

Well, Khushi please confirm what are you going to opt for yourself.