The first helicopter shot was played by Mohammad Azharuddin? Watch the video 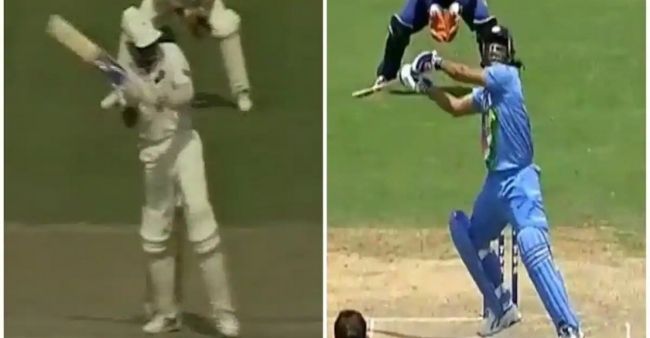 In the year 1993, India was playing England in the first Test of a three-match series in Kolkata. Azhar had carried the hosts’ first innings on his own, scoring an aggressive 182 off 192 balls at his favourite Eden Gardens.

During this match, the right-hander attempted an unusual shot that, if replayed today, would resemble as MSD’s ‘helicopter shot.’

Azharuddin played a helicopter to dispatch the next one for a boundary at the Eden Gardens after smashing the first four with a pull shot. He then smashed three more fours on the next three balls to make it five consecutive fours. In the game, Azharuddin slammed 109 off 77 balls.

During his playing career, Azharuddin was regarded as one of the best batsmen in the world. Apart from being a great batsman, Azharuddin is also one of the most renowned captains in Indian cricket history. He led India to three ODI World Cup victories.