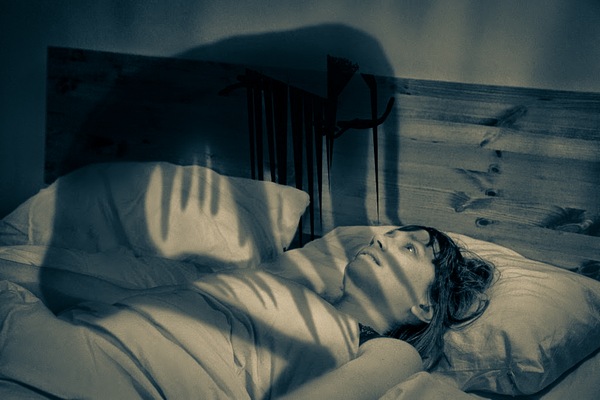 Sleep paralysis happens when you are in a borderline situation between nap and consciousness as you are falling asleep or awakening. It can leave a person traumatized.

“One theory is that there’s some crossover with rapid eye movement (REM) sleep, also known as dream sleep,” says Neil Kline, DO, a sleep disorder physician in Lancaster, Pennsylvania and a representative of the American Sleep Association. “During REM sleep we are muscle atonic, which means we’re essentially paralyzed. It’s believed to be an evolutionary action that occurred to protect us from hurting ourselves while we’re dreaming,” Neil Kline added.

Dr. Clete Kushida, MD, Ph.D., medical director of the Stanford Sleep Medicine Center in Redwood City, California stated, “These hallucinations can be anything from feeling something on your skin, hearing something, seeing something, or feeling like someone is there in the room with you or like you’re levitating.” Some vital things about sleep paralysis –

Those who suffer from Sleep Paralysis are convinced that some outer force seizes them while they are sleeping.

During this deadly problem, a human being loses complete control over its muscular progressions however the visual and respiratory functions remain normal.

When a person goes through this Sleep Paralysis, he or she is not capable of even converse.

While having Sleep Paralysis a few people begin imagining Incubus or Succubus.

The majority of people have Sleep Paralysis during young age and it gets lengthened to an age of 30 also. You are almost certain to have it during 20 to 30 years.

Constant worry and sleep lack are said to be the main causes that lead to this serious health condition. You can make attempts to get rid of it via proper counseling and self-affirmation.

This problem is supposed to take place during one of the two shifts i.e. when you are going to sleep or before you awaken.

It generally remains for some seconds or a few minutes however the stretch seems more when you have it. If the situation is constant then you ought to look for emergency medical aid.

CSK contingent members tested positive for COVID-19; none of them players...