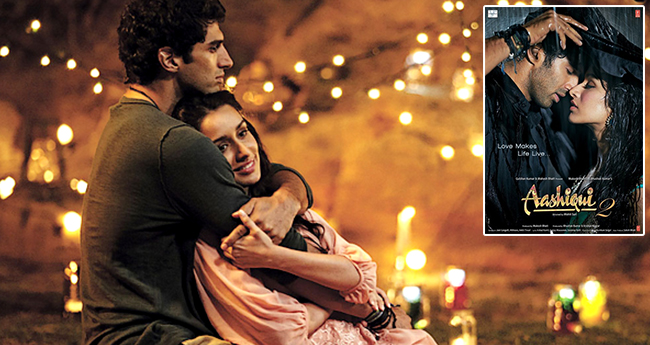 After the brilliant victory of Mahesh Bhatt’s ‘Aashiqui’ with Rahul Roy and Anu Aggarwal, the film producers roped in director Mohit Suri to direct the second part of the flick i.e. ‘Aashiqui 2’.

Today it completed 5 successful years, we bring reasons why the flick is one of the most celebrated romantic films of Bollywood –

Recreating the old magic of love The powerful love tale of Rahul (Aditya) and Aarohi (Shraddha) in the flick ‘Aashiqui 2’ became an instant hit. The story was the main thing behind the film’s success. The main hero Rahul was alcoholic who makes it his life’s main aim to see his love Aarohi attain her dream of turning out to be a singer. Aside from the powerful plot and astonishing performances, the flick is best recognized for its expressive numbers. Even after a period of 5 years of its release, the numbers from the flick top the charts. The flick is a musical love tale, which depicted two things. Firstly, the modern day pair Rahul and Aarohi and their eternal love for one another. It is truly said that love can be the source of power, which can make you feel special. It is a tale of two keen lovers who experience love and hatred, recognition and disappointment in their lives simultaneously and finally while one gives up his life for the other.

Even though it is not the initial project of Aditya Roy Kapur and Shraddha Kapoor, ‘Aashiqui 2’ was surely the movie, which brought a big change in their career careers. The pair gave one of the most successful and loving performances of their profession in the movie. The pair completely blew their viewers with their strong chemistry on the big screen. Is this movie your favourite too?