I can completely relate to Manju’s character in ‘De De Pyar De’ as I have similar traits, says Tabu 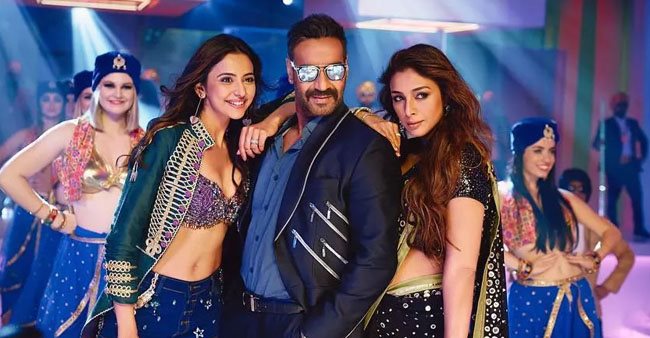 The reality that ace beauty Tabu is one of the top notch actresses in the Hindi film industry cannot be ignored.

She is multi talented. She has given new life to the roles she played in the flicks. In her over 30 year long film career, the long legged beauty has always entertained her buffs. At this moment, she is yet again ready to don a special character and bag praises with her character as ‘Manju’ in the forthcoming quirky romantic comedy, De De Pyaar De.

The rom-com featuring Ajay Devgn, Rakul Preet and Tabu in lead character has already made the viewers excited, and the lively Manju has flawlessly won audiences’ hearts.

Interestingly, whilst Tabu has never been trapped in a situation like that shown in the laugh-riot, the beauty thinks that Manju of the upcoming flich and she have a lot of things in common.

The National Award-winning actress confessed that Manju is just like her in actual life.

Song out in sometime. #HauliHauli

She stated, “I can completely relate to Manju’s character as I have similar traits in me in real life. Although I haven’t gone through everything that Manju goes through in life, I can still relate to it because that’s how I would react to a situation in the real world.”

Giving credit to the movie’s writer and co-producer Luv Ranjan, Tabu further clarified, “I am sure Luv thought the same way and that’s the reason he offered me to play this part. If ever I am thrown in a situation like this in life, I will also take steps and act the way Manju acts. The character has a sense of maturity blended perfectly with strength, ease and no mellow-drama.”

No wonder Tabu is looking so easy in her depiction of Manju in the new flick.

Directed by Akiv Ali, the flick De De Pyaar De is is produced under the banner of Bhushan Kumar, Krishan Kumar, Luv Ranjan and Ankur Garg. The movie will reach theaters on May 17.