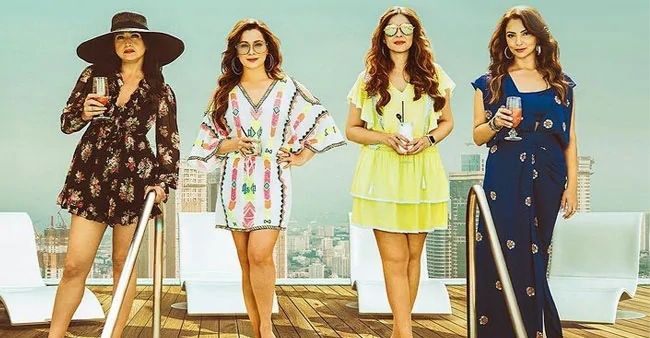 The Fabulous Lives Of Bollywood Lives is a Netflix show revolving around the personal and professional lives of Maheep Kapoor (Sanjay Kapoor’s wife), Bhavana Panday (Chunky Panday’s wife), Seema Khan (Sohail Khan’s wife) and Neelam Kothari ( Samir Soni’s wife). The show premiered last year and was loved by the audiences for its juicy and dramatic storylines.

Karan Johar, the maker of the show revealed during a reunion on Clubhouse that the idea of the show was conceived on a flight to Delhi. The four ladies and Karan were travelling to Delhi for a friend’s father’s Chautha. Karan said, “These ladies are very special to me. I’ve known them for more than a decade and I’ve always known that they’re crazy but on the flight, it suddenly hit me that they need a show for all this madness.”

He further said, “I mean, we were discussing our attires too much! Whether Neelam had too much shine on her white kurta or whether Maheep was underdressed for a chautha. It was extremely inappropriate but at the same time, it was so much fun that I said that the four of them have to be on a show.  And then when we reached there, we had to act like we were really sad, and on our flight back, we were again talking about rubbish things.”

Karan also said that he thought it will be fun to see them in front of a camera since apart from Neelam who has done 40+ films, none of them has ever faced the camera.