In Dad’s absence, Aryan Khan to cheer KKR at the semi-finals today 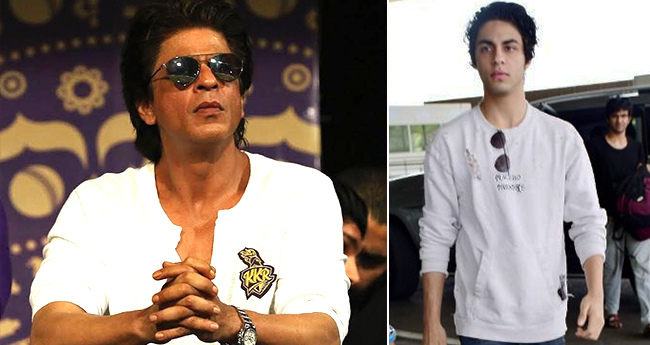 We are here to inform you that Shah Rukh Khan’s son Aryan Khan will be seen cheering Kolkata Knight Riders tonight at the semi-finals of IPL 2o18!

Yes, the smart boy was seen heading to Kolkata at the Mumbai airport today and he was looking amazing.

We are really delighted to see Aryan Khan after such a long time. He was going to join his mother Gauri Khan to applaud for their squad at the semi-finals today.

As per reports, King Khan is not in India as he busy filming the climax of his upcoming flick, Zero in the United States.

We are confident that SRK will be more than happy to witness Aryan supporting his team KKR and what better if their players really win the competition and make entry to the finals in opposition to Chennai Super Kings.

That way, tonight’s is the first IPL match Aryan will be attending this season given that he has been missing in action for quite some time now. Even the last time when Suhana Khan and AbRam joined SRK-Gauri for a KKR match, Aryan for some reason gave it a miss.

Even though SRK is not capable of applauding his squad personally, he stays active on the social platform and keeps on boosting his team spirit.

Below are a few special tweets made by superstar –

Shah Rukh Khan tweeted, “Missed talking to the fabulous boys from KKR…was getting ready for shoot. So in the middle of my shower sending  all my love. Wow #KKRHaiTayyar so so proud and happy.”

Missed talking to the fabulous boys from KKR…was getting ready for shoot. So in the middle of my shower sending all my love. Wow #KKRHaiTayyar so so proud and happy. pic.twitter.com/CAKugAXDik

Shah Rukh Khan tweeted, “Thx again @DineshKarthik & all u boys for the joy u r bringing to all of us. & especially happy to see @RealShubmanGill coming into his own. Also a pleasure to see Dada with the Dude at Eden.”

Shah Rukh will positively be with his team for the finals to be held on Sunday, if in any way KKR succeeds.