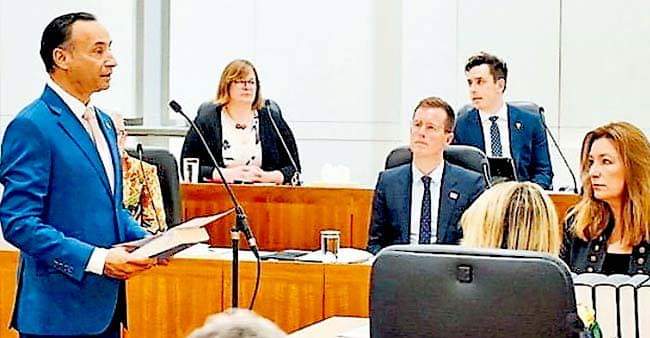 Deepak said – “I had already taken the decision to take oath with Bhagavad Gita, though the oath is taken with Bible in the House of Australia and when I told my wishes, the officers of the Assembly checked the rules which says that there is no rule as to how I person can take oath and so I was allowed. I took a copy of Bhagavad Gita with me”. He later gifted the Bhagwan Gita to the assembly as a souvenir.

Deepak’s brother Colonel Anil Raj said – “Deepak struggled a lot in Australia, he has even washed the cars and has also worked in restaurants. While all this, he continued to study. Deepak got the job of a Public Relation Officer in 1991. After this, he got the government job of the Executive Officer in the Department of Defense”.

I'm with Deepak Raj Gupta at the 20th anniversary ball for the Aust-Indian Assoc. What an amazing night! #CBR pic.twitter.com/wiNYIOalQi