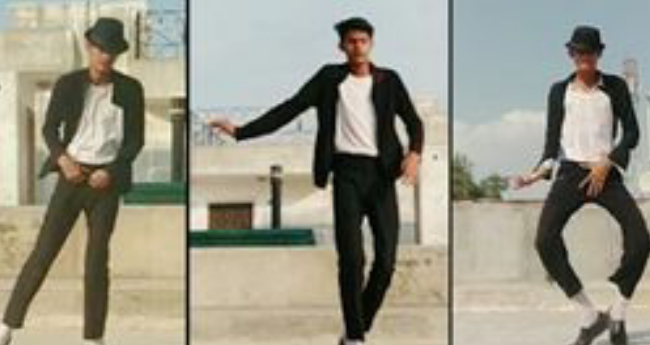 Hrithik Roshan calls him the smoothest skywalker, while he also has celebrities like Amitabh Bachchan, Suniel Shetty, Anupam Kher, Raveena Tandon and the god of dance himself; Remo D’Souza among his fans. You might be wondering who he is right? We’re talking about the latest Tik Tok dancing sensation @babajackson2020, whose real name is Yuvraj.

His dance moves have gone viral and he has over a million fans on Tik Tok. Apparently Hrithik Roshan is so impressed with this young man’s dance moves that he now wants to know all about him. Hrithik even used his social media platform to know more about the dancing star and wrote, “Smoothest airwalker I have seen. Who is this man ?”

Smoothest airwalker I have seen. Who is this man ? https://t.co/HojQdJowMD

Amitabh Bachchan too seemed to be very impressed with Yuvraj’s dance moves and he expressed it on his social media platform too by writing “wow!” Other celebrities like Anupam Kher, Raveena Tandon and Sunile Shetty too appreciated Yuvraj’s dancing skills on social media.

Yuvraj hails from a small town in Jodhpur Rajasthan and is the son of a mason named Chandraprakash Pariyar. According to a report in a local newspaper in Jodhpur, Yuvraj’s mother has said that his love for dancing started six years back and he would practice his dance moves for hours. His love for dancing took him to Delhi around six months back and he has been sharpening his skills at a dance academy there.

Yuvraj was inspired by Michael Jackson, Tiger Shroff and Prabhudeva’s dance styles and he has been hooked to dance ever since he watched their videos and movies. But the interesting fact is that Yuvraj always wanted to become a boxer! Looks like fate had some other bigger plans for him!

Yuvraj seems to be well on his way to becoming a celebrity soon! Here’s wishing him all the best.

Vicky Kaushal Shares Some Deep Secrets On Everything To Do With Bhoot...

No Aditya Narayan and Neha Kakkar are NOT getting married and we have confirmed news!...