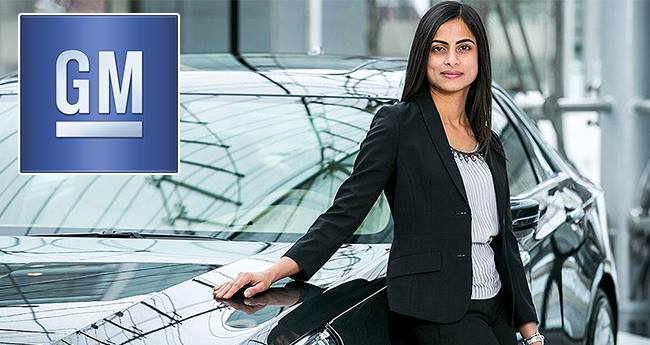 Divya Suryadevara, an Indian American Woman has been named for the CFO (Chief Finance Officer) of US’ biggest Auto company ‘General Motors’. Divya, who is currently the Vice President of Corporate Finance since July 2017 will start working as GM’s CFO from September 1 this year. She will succeed Chuck Stevens for the post.

Aged 39, Divya was born in Chennai. She did her bachelor’s and master’s’ degree from the University of Madras in Chennai. At the age of 22, she moved to US to pursue her MBA from Harvard University. She is a chartered financial analyst and accountant. Before joining General Motors in 2005, she worked at UBS and Pricewater house Coopers.

Divya will report to Chief Executive Officer (CEO) Mary Barra,  aged 56, who has been head of the automaker since 2014. Barra and Suryadevara are the first women in their respective positions in the auto industry. No other female has been CFO or CEO at any major global automaker company. Barra, in a statement, said, “Dhivya’s experience and leadership in several key roles throughout our financial operations position her well to build on the strong business results we’ve delivered over the last several years.”

General Motors is an American multinational corporation headquartered in Detroit. It is US’ largest automaker company. GM designs, manufactures, markets, and distributes vehicles and vehicle parts, and sells financial services.