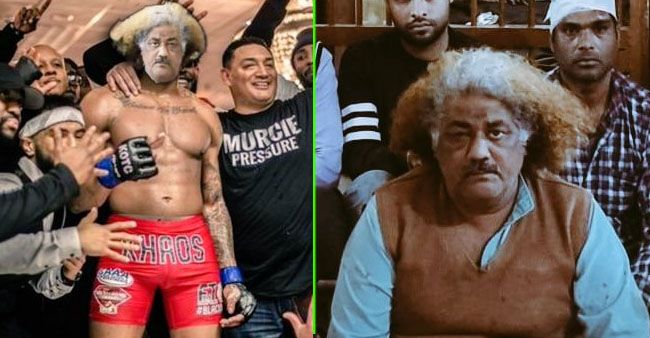 The popular fight video of Baghpat, Uttar Pradesh’s busy town Baraut is doing rounds on the internet and how. A clip is almost a minute long and features a dispute between two groups of street food shop owners who are seen hitting each other with bamboo sticks. They got into a brawl due to an argument for customers which took a violent form and people started beating each other up.

A video of conflicts breaking out between two groups of shopkeepers in Uttar Pradesh’s Baghpat district was widely circulated on social media recently. The chaos, which took place over attracting customers to the shops, occurred in a busy market in the Baraut town of Baghpat.

The viral video exhibited several men knocking each other with sticks in the middle of the road. After the video began trending on Twitter, netizens did not waste any time dishing out memes and jokes based on it.

However, no one attracted as much attention as the man who was seen in a green kurta with wild long orange hair. Some compared his funky or rather amusing look with Einstein and Boman Irani’s Virus from 3 Idiots, which left the netizens in splits.

The guy is known as Harendra, revealed the reason behind his hairstyle that has been cracking up netizens. Apparently, the man rarely gets a haircut, and when he does, it is usually between a span of two years. He immerses them in the river Ganga in Haridwar as the Chaat guy is a bhakt of Sai Baba.

Meanwhile, talking about the fight according to reports, the fight between the two groups of chaat shop owners broke out as they were trying to attract customers and started arguing to make the customer come to their respective shops. A police official said, “Eight people have been arrested and action is being taken.”