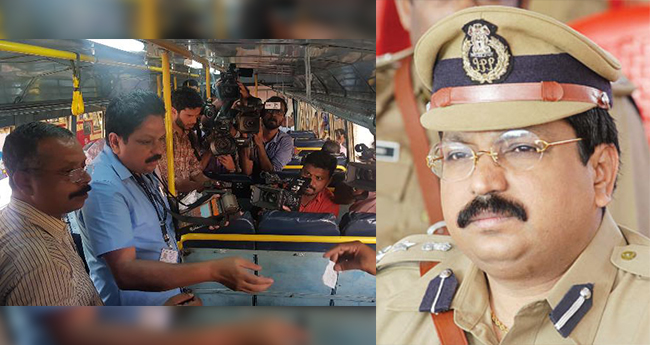 Kerala: IPS officer, the top cop of the state decided to do something good enough in this Labour Day. DGP Tomin Thachankary, an IPS officer opted to wear a khaki uniform and served his full day as a bus conductor at Thiruvananthapuram Central Bus Station.

Managing Director of the state-run Kerala State Road Transport Corporation just to build a good relationship between the staff and commuters selected to serve as a conductor for a day on Mayday.

He reached at KSRTC at 11 A.M. and removed in his way through the media while on one of the bus recognized him at a first sight. But, soon everyone identified him and ask him to pose for a selfie. While speaking to the leading daily Thachankary said, “It’s essential for the Chief Executive to understand the work pattern of various employees under him. In fact, KSRTC is one the largest public sector undertakings in the state which is also the largest loss-making corporation. Actually, I’m able to critically look into the system because I’m new to this sector. There are many issues in our corporation that needs to be addressed. We have started troubleshooting them one by one. On March 30th, we managed to disburse the monthly salaries of all employees. Usually, this is done only in the first or second week.” He has performed his entire duty as he settled down in the bus’s back seat and tally all the tickets with collections. Thachankary, after talking to leading daily, continued his work as a conductor.

A watchman in Tamil Nadu donates one month salary to CM relief fund: CM invites him to his office...

“I want to educate and lead others by setting an example”: Mizoram’s minister says as he mops a hospital floor...