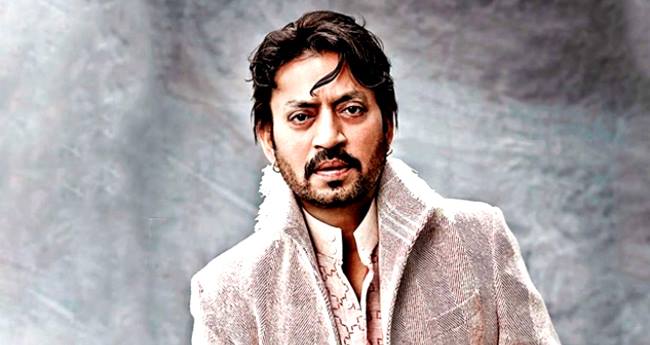 Bollywood’s most versatile actor Irrfan Khan left everyone in shock when he gave the news on his Twitter account about suffering from Neuroendocrine cancer and after that, he flew to London for his medical treatment.

He has almost vanished from the social media from then.

Previously, Irrfan was seen at the stadium but no one was sure that he was Irrfan or his lookalike. Today we came up with Irrfan’s new Profile Picture of his Twitter account and it was the same picture as above shown which went viral few months ago.

In a note that he posted on Twitter reads that “As I was entering the hospital, drained, exhausted, listless, I hardly realized my hospital was on the opposite side of Lord’s, the stadium. The Mecca of my childhood dream. Amidst the pain, I saw a poster of a smiling Vivian Richards. Nothing happened, as if that world didn’t ever belong to me”.

That further reads, “This hospital also had a coma ward right above me. Once, while standing on the balcony of my hospital room, the peculiarity jolted me. Between the game of life and the game of death, there is just a road. On one side, a hospital, on the other, a stadium. As if one isn’t part of anything which might claim certainty – neither the hospital nor the stadium. That hit me hard”.

‘As if I was tasting life for the first time, the magical side of it.’ https://t.co/GX0CqfjSVX

Irrfan’s upcoming venture is Karwaan in which web series fame actress Mithila Palkar is going to debut in Bollywood. Here’s the look:

Irrfan’s last movie was Blackmail and it went well on the Box Office.

Soon Irrfan will be doing a movie with Padmavat actress Deepika Padukone.