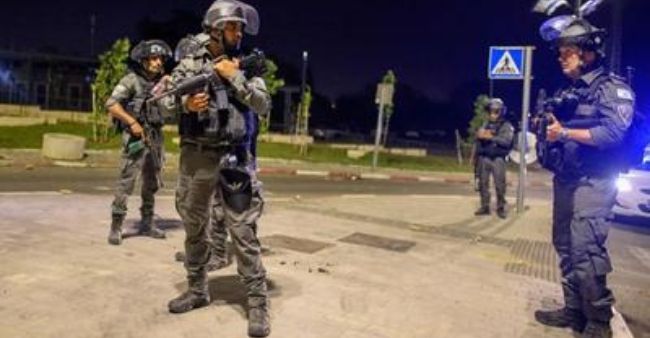 In clashes that Lod’s mayor compared to a civil war, cars were set on fire and 12 people were wounded. On Monday, violent clashes erupted in the city of 77,000 residents, including 47,000 Jewish Israelis and 23,000 Arab Israelis, according to local police and on the next day, as demonstrations spread across East Jerusalem, the occupied West Bank, and Israeli Arab cities, the situation in Lod deteriorated, according to police.

“Wide-scale riots erupted by some of the Arab residents and endangering communities,” the police said in a statement. “Vehicle were burnt and damage caused to property.” After three synagogues and many businesses in Lod were set on fire, the government announced that reinforcements had been dispatched. “Sixteen border police platoons (have been) mobilised in areas in order to deal with the violence,” added the cops.

The clashes came after weeks of escalating tensions sparked by violent clashes between Israeli police and Palestinian demonstrators at a Jerusalem site revered by both Muslims and Jews. Hundreds of rockets have been fired into Israel by Palestinian militants, as Israel carried out heavy airstrikes on Gaza. At least 40 people have died in some of the most heinous acts of violence in recent memory.

Israel’s military says it is targeting militants in Gaza in response to rocket attacks on Jerusalem and other areas. On the other hand, Hamas, the militant group that rules Gaza, said on Tuesday that it had fired rockets at Tel Aviv and its suburbs in retaliation for “the enemy’s targeting of residential towers” in Gaza.

Both sides have been urged by the international community to stop the escalation. Tor Wennesland, the UN’s Middle East peace envoy, said the situation is “escalating toward a full-scale war.”

According to health officials, at least 35 Palestinians, including 10 girls, and five Israelis have been killed so far in the violence.

Epidemic of gun violence spreads; 12 killed and over 50 injured in US...