Jamai Raja 2.0: Nia Sharma Spills The Beans On Her Infamous Fall Out With Co-Star Ravi Dubey In 2013 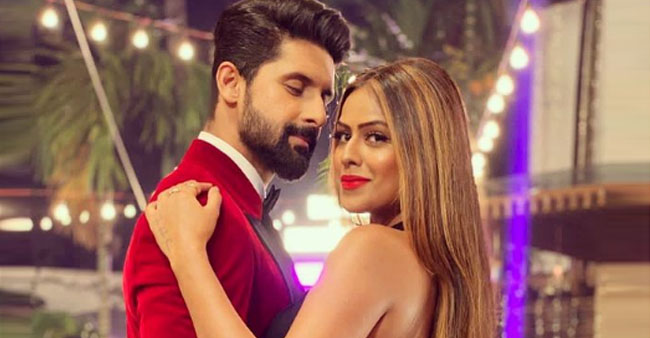 The audience watching the daily soaps on Indian television is currently very excited to watch the second installment of their beloved show Jamai Raja. The 2.0 version of the much-awaited TV show, will have the favourite on-screen pair of Nia Sharma and Ravi Dubey. The viewers are going gaga after getting to know that the two will once again be sharing the screen space.

For the past few days, Jamai Raja 2.0 has been making it into the headlines for various reasons. From Nia Sharma calling Ravi Dubey the best kisser, to Sargun Mehta’s reaction to the same, the show has pretty much hyped up the excitement and is in the news for the right reasons.

However, it will be interesting to know that the on-screen pair of Nia Sharma and Ravi Dubey got involved in a major fight in real life, it even led to a fallout between the two. Now, as Jamai Raja 2.0 is all set to air on the television, Nia recalled her infamous fight with co-star Ravi Dubey.

In her recent interview with the Hindustan Times, the famous television actress revealed that things escalated between her and Ravi, and the channel had to intervene. Speaking of the same, she said, “I was 23 back then. I had not come across someone who was just so into their scenes and would rehearse so much. Ravi and I had very different ways of working, maybe that was something that hit me, due to which we kind of did not talk. Things escalated because we stopped talking.”

Furthermore, Nia added that everything they did would irritate each other. Their fights even reached a point where they were ready to take each other’s lives, which led to a bad situation on the sets of the show.

She started hating going on the sets as it meant seeing Ravi’s face, and she’s sure that even he felt the same.

Nia then revealed that the channel intervened and took them on a conference call. They told them that the show is doing amazing and whatever is up between the two is showing on-screen as well. So the channel requested them to get over that and be professional enough.

The actress then went to say that after the conference call, they went to and fro on many things. With time the animosity between them dissolved, in fact, they became better and better friends. Now, they are like family with each other.

Published by siddhi ajgoankar on 27 Feb 2021