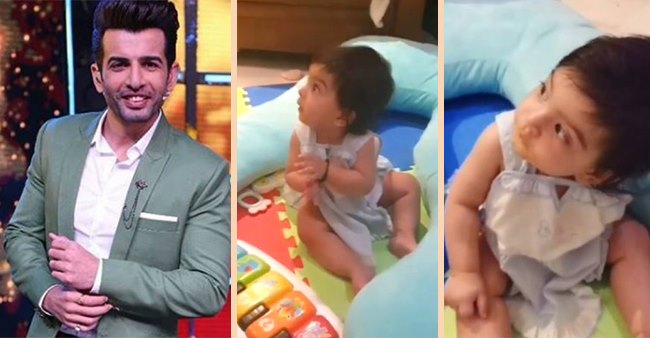 Jay Bhanushali has posted a cute video recording of his cutie pie Tara watching her dashing ‘Paa’ hosting a TV show. In the video recording, Jay can be seen busy recording his part for the music reality show SaReGaMaPa, and his baby doll is seen observing daddy without even blinking her eyes. Later, Mahhi can be seen asking the baby Tara to clap for her papa, and little one sweetly does it as well.

In a media talk earlier this year, Jay stated that after waking up in the morning, he always sees Tara face first and the start other activities. Jay also joked that with all the daddy duties, he is learning how to be a ‘pro father’. “First thing is I get up, see my daughter’s face, be with her for some time, then I go and work out and I make my other two kids study with me. I teach them and help them complete their homework, then we watch a couple of cartoons where they learn phonics. I am getting trained to be a pro father,” he said.