‘Kalank’: Exciting facts regarding the biggest film of the season 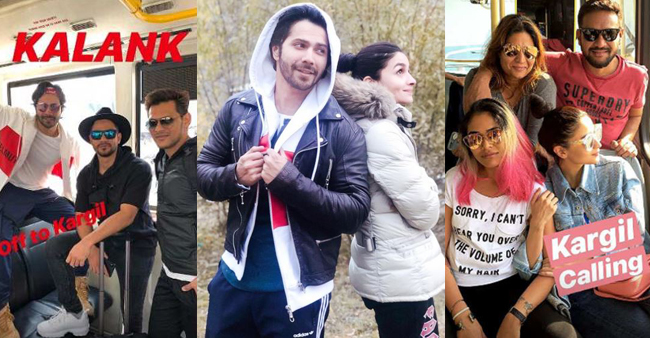 Karan Johar’s dream project ‘Kalank’ is set in the forties and will get filmed on a grand scale. This was envisioned by late moviemaker Yash Johar around a one-and-a-half decade back and the ace personality even went to Pakistan to gather up the shades from the place to re-form Pakistan for the shoot.

He had carried out a deep, practical investigation on the topic of the movie which goes beyond borders.

Varun Dhawan – Alia Bhatt are in Kargil to shoot the movie and the two shared a cute image of themselves delighting the chilling weather of the Kargil.

Taking to Instagram, Varun wrote, “At the KARGIL WAR MEMORIAL. #kalank travel. Was an honour to chat with our brave army men.”

A salute to the fallen and the ones who stand tall and live tough and dangerous lives all so that we can live safely. At the Kargil war memorial with @varundvn and our brothers in uniform #jaijawan

Kunal, in contrast, stated, “A salute to the fallen and the ones who stand tall and live tough and dangerous lives all so that we can live safely. At the Kargil war memorial with @varundvn and our brothers in uniform #jaijawan.”

Alia Bhatt and Varun Dhawan will be joining hands again for a film with Abhishek Varman’s ‘Kalank’.

Bollywood star Alia Bhatt reached Kargil in Ladakh, to restart the next agenda of her forthcoming drama ‘Kalank’.

As per a source, “Aditya enjoys going to the gym and most of his films in the past required him to sport a muscular physique. However, he had to lose all the muscle weight for ‘Kalank’, given that the film is a period drama and his look had to be natural and real, typical to that particular era.” 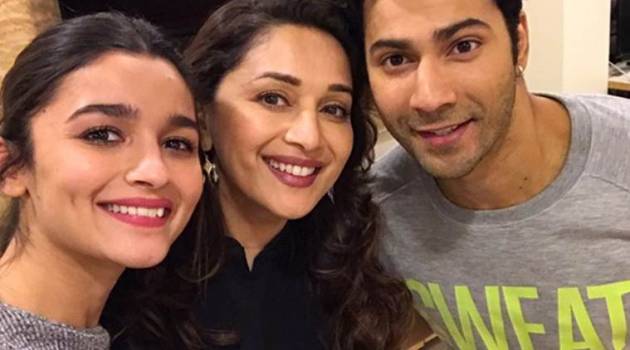 8.Sanjay Dutt and Madhuri Dixit to shoot together after years

9.Sanjay Dutt disclose the details of a thought-provoking tale from ‘Kalank’

11. Madhuri Dixit to don the role of a dance teacher to Alia Bhatt

12. Madhuri Dixit roped in to fill in the place for late Sridevi