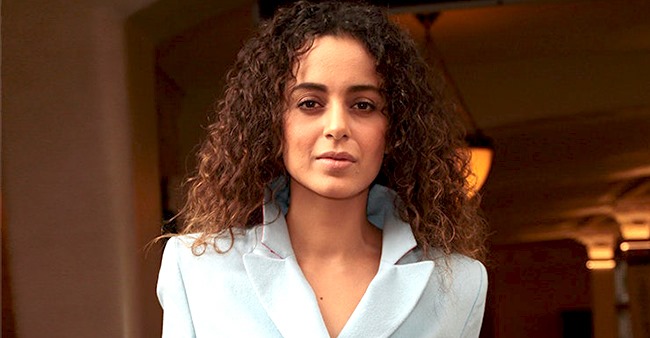 Well known beauty Kangana Ranaut always looks stunning. Whether it’s her saree look at the airport or her Dior bags, the bola and beautiful actress is well-dressed, trendy and really glamorous.

While her beaded Tom Ford outfit carries on to be one of the special looks, the beauty Kangana is ready to make a special presence on the red-carpet of the Cannes Film Festival. After a beautiful robe and a disco ball catsuit, the actress goes on to disclose that she will be putting on a customary Falguni and Shane Peacock saree in 2019.

Disclosing that her clothes will imitate the subject matter ‘Live Victoriously,’ Kangana disclosed, “The clothes I wear will have drama. At the same time as an Indian actor, I have the responsibility of endorsing our weavers, and wearing outfits that reflect our rich heritage. My stylist Ami Patel and I have been brainstorming for weeks. We, along with Falguni and Shane Peacock, are designing a unique saree. The idea is to bring the forgotten weaves to the fore so that the world is more aware of our rich fabrics and culture.”

Disclosing that she doesn’t fuss for months regarding her red-carpet emergences, Kangana stated, “I was so busy with Panga. I had to gain almost 10 kilos for the film. During trials, I realised I have to lose some weight.”

Praising PeeCee’s look at the MET Gala, Kangana stated, “In 2012, I attended Rakesh Roshan’s birthday party sporting a no-eyebrows look. So risque dressing has never been a deterrent. I was one of the first actresses to wear sarees to the airport. When I was seeing the MET Gala pictures, I thought that in India, the real queen of Camp would be Rekhaji. It’s wonderful how Priyanka (Chopra) and Deepika (Padukone) are making their mark there.”

When we talk about film projects, the curled beauty made her buffs crazy with her last flick, Manikarnika: The Queen of Jhansi.

With Panga and Mental Hai Kya in her kitty, keep your eyes glued on screen for the Queen’s chic look at 2019 Cannes Film Festival.