Karisma on break-up with Abhishek: I feel I have found the right person in him and a great family too 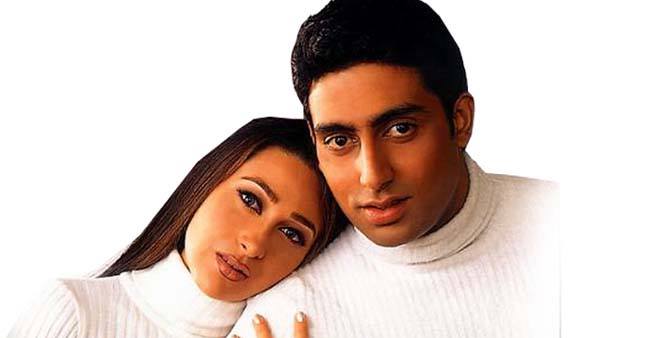 Karisma Kapoor is an amazing Bollywood actress whom we cannot forget easily, especially for her amazing acting talents that she displayed in the 90s. She was a super star at that time and had successive block busters that really cemented her place in the Bollywood film industry.

She had acted along with almost all the popular stars of that era and she always came up with flying colors in the movies she acted during that time. After her marriage, she took a break from her acting career and this eventually disappointed her fans to a great extent. She had a good rapport with super star Amitabh Bachchan’s son Abhishek Bachchan. The two stars dated for almost five years and also got engaged in the year 2002 on Amitach Bachchan’s 60th birthday.

In a recent interview, Karisma Kapoor revealed that Abhishek Bachchan had proposed her with a diamond ring and the actress also mentioned the way she reacted to the proposal. She was reluctant to say “No” and ultimately she had to accept the proposal by Junior Bachchan. She was also impressed with Abhishek Bachchan as well as Bachchan family.

She had also further added, “I feel I have found the right person in Abhishek, and I couldn’t have asked for a better family than the Bachchans.”

Happy Anniversary to the parentals! Love you both eternally. #46andcounting

But the irony is that their relationship did not last too long due to some personal matter, which the actress does not like to reveal. It was Karisma’s aunt, Neetu Kapoor who addressed the news about their break up and she was also reluctant in mentioning the real cause behind the break up.

Karisma’s mother Babitha was also very much influential in her personal life and she raised her children very well after her break up with Randhir Kapoor. During the time of separation between Karisma and Abhishek, the Bachchan family was going through a rough patch in terms of financial security.

It was also rumored that Jaya Bachchan was keeping a control over her son Abhishek and she also wanted Karisma to quit her acting career if she gets married with her son.