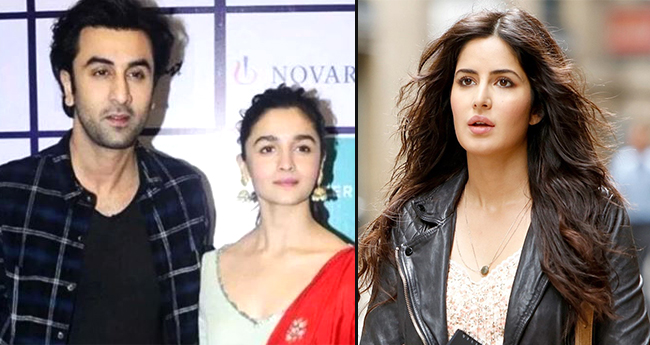 One more friendship in the Hindi film industry has ended for the time being.

Bollywood babes Katrina Kaif and Alia Bhatt have been the best pals, gym partners and a lot more. Not only this, the two gorgeous ladies even attended Neha Dhupia’s most popular talk show together as each other’s BFFs.

As per their common friends, Katrina Kaif and Alia Bhatt shared an honest companionship. But all things have come to an end for the time being. The reason behind this shocking news is none other than Ranbir Kapoor. From the time when the two biggies Ranbir Kapoor and Alia Bhatt started Ayan Mukerji’s Brahmastra, the hearsays about Katrina and Alia’s relationship turning sour are all over the web.

As per a well-informed source, “Katrina who is not known to share buddy vibes with any other actress had warmed up to Alia, giving the younger girl lots of fitness and food advice. That apart they also shared a lot of girl-time together. This was all before Alia began to grow close to Ranbir Kapoor.” Katrina is heartbroken over the manner she got handled in her connection with the actor Ranbir. Now, the actress is completely “shocked and upset” by Alia’s sudden closeness to the star.

There have also been reports that Katz was displeased with her gym buddy over her budding nearness with her ex on the film shoot.

“Katrina knows exactly how it is going to end for Alia. She has been there, seen it all. But it’s not Katrina’s nature to poke her nose in other’s affairs. Besides anything that she would say in the way of a warning would sound like sour grapes to the outside world. So she’s just keeping quiet,” as per a friend. Although Ranbir and Katrina never really admitted having been in a relationship, the two had many a time made it evident in their interviews. They had first rumoured to be dating while filming Ajab Prem Ki Ghazab Kahani in 2009.