Kiara Advani appreciated to her lookalike’s ‘Shershaah’ reel, and says she is ‘killing it’ 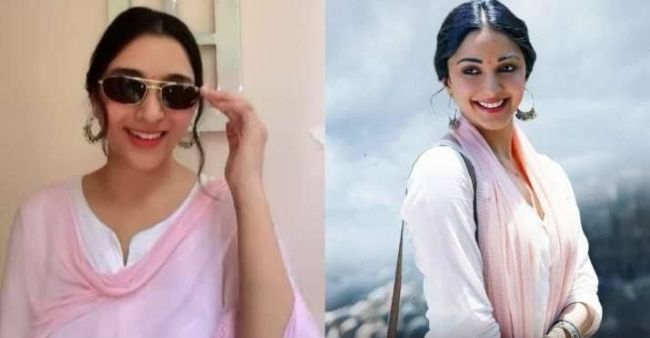 Kiara Advani’s sleek and simple look from her recent film, Shershaah, was a huge hit with audiences. The actor’s doppelgänger recently astonished internet users with her striking resemblance to Advani. On Saturday, the actor shared her doppelgänger’s reel on Instagram stories and expressed her feelings about it.

Kiara Advani shared a reel by her lookalike, Dr. Aishwarya, on her social media account. The doctor lip-synced Advani’s dialogue from the film, with Raatan Lambiyan by Jubin Nautiyal playing in the background. ‘Killing it,’ Kiara Advani wrote on her Instagram story,praising the young doctor’s talent.

Sidharth Malhotra and Kiara Advani appeared in the biographical war picture. Captain Vikram Batra and Dimple Cheema, respectively, were their characters. In the film, Sidharth Malhotra plays the late Captain’s twin, Vishal Batra, in a dual role. Captain Vikram Batra’s life is portrayed in this film, from his first posting to his death in the Kargil War.

The actor will soon be featured alongside Kartik Aaryan in Bhool Bhulaiyaa 2. The film will be a sequel to Akshay Kumar’s 2007 blockbuster, which starred Vidya Balan and others. Advani will also appear in Raj Mehta’s comedy-drama Jug Jugg Jeeyo. Along with Advani, the film will include Anil Kapoor, Neetu Kapoor, Varun Dhawan, and others. On Instagram, the actor just launched her first pan-India film.