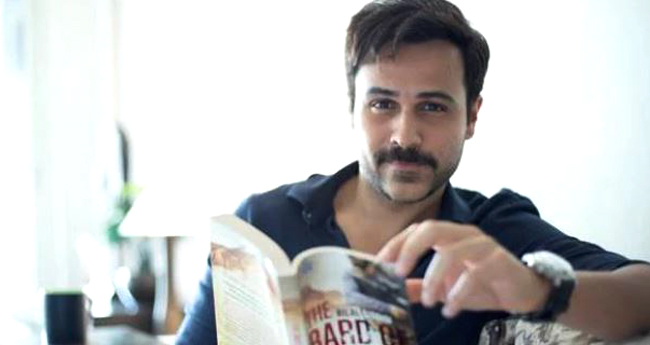 Serial kisser of Bollywood Emraan Hashmi has been signed up for the adaptation of well-known writer Bilal Siddiqi’s The Bard Of Blood, a special series for Netflix.

The special series for digital streaming giant will get produced under the banner of King Khan’s production house, Red Chillies Entertainment.

As per the tweet made by Netflix India’s official Twitter account, “God has given you one face and you make another. Emraan Hashmi is Kabir Anand in ‘The Bard of Blood’!”

Emraan made a tweet, “To be, or not to be’… The answer is to be. Ready ‘to be’ Kabir Anand. Excited to be a part of this thrilling journey!”

God has given you one face and you make another. Emraan Hashmi is Kabir Anand in The Bard of Blood!@iamsrk @emraanhashmi @RedChilliesEnt pic.twitter.com/gTPLsw3FOk

Red Chillies also made the confirmation about the news that they have discovered their “leading man”.

“The Bard Of Blood” is set against the backdrop of the Indian subcontinent, the multilingual series will enlighten the tale of a barred undercover agent, Kabir Anand who is remembered from his novel life as a Shakespeare professor in Panchgani to save his nation and a long-lost love.

Kickstarted #RaazReboot promotions… Super fun! Can't wait for you guys to see the film !! 😀 Pic By: @lisadsouza Styled by: @the.vainglorious

A mishmash of combat skills, academic backdrop and personal conditions force Kabir to retaliate the past and confront his most deadening foes in a battle against time.

The Bard of Blood is a spying thriller, the kind, which hasn’t been showcased in the Indian zone up till now.

FAN moment :) !! Lots of love. Thank you for all your support @iamsrk Order your copy here: http://amzn.to/1UdM0kr

The maker said, “It is also unique in terms of its plot-line and characterization when pitted against international books of a similar genre. I firmly believe that India needed a strong spy, who can hold his own without looking like a rip-off of a James Bond or Jason Bourne. I was also inclined towards picking terrorism as the backdrop, which is extremely relevant. Hence, with a strong character and a strong backdrop, everything else fit in well.”