Koffee with Karan comes with a twist; Karan Johar confirms new season for his talk show 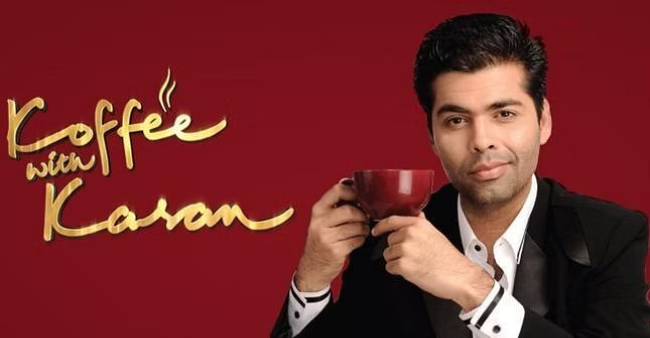 Karan Johar announced on Wednesday that Koffee with Karan will not be returning. However, the filmmaker has now brought a twist to his announcement as he makes another announcement. In yet another tweet shared by Karan, he stated, “Koffee with Karan will not be returning…on TV! Because every great story needs a good twist, I’m delighted to announce that Season 7… will stream exclusively on Disney+Hotstar.”

Filmmakers tweet not only confirmed the return of his talk show but also assured that some of the biggest movie stars will be be returning to the couch and will be indulged in deep conversations. “There will be games, there will be rumours put to rest,” added the statement.

Earlier, it was reported that the talk show will be graced by newly wedded couples of the Bollywood such as Vicky Kaushal – Katrina Kaif, Ranbir Kapoor – Alia Bhatt, and Farhan Akhtar – Shibani Dandekar. For those familiar with Karan’s show are aware of how the host likes to dig for the deepest secrets of his guest. If the reports are to be believed, the newly wedded couples will be among the first one to haul over the coals.

With his twisty marketing tactic, it is safe to say that with Karan you can never say never again, Kabhi Alvida Naa Kehna.

Shark Tank India’s Ashneer Grover reacts to reports of Sharks being paid to appear on the reality TV show...