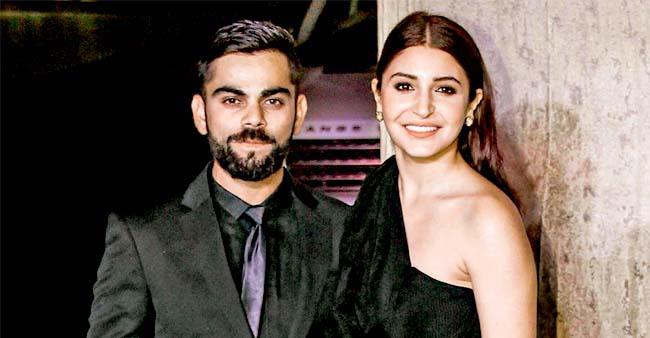 Anushka Sharma, the gorgeous actress in the Bollywood film industry recently revealed some interesting things about her life after marrying Virat Kohli. This couple often gives us major dauntless goals for the remaining couples out there. The duo got married in the year 2017 and enjoying their married life together. It’s been almost 2 years since they hitched to one another. In a recent interview, the actress disclosed the sweetest things about her husband Virat Kohli.

Looking at the words of Anushka, we can say she was truly happy married to Kohli. She said, ‘I’m married to my best friend. I’m married to my confidant. I’m married to someone I love so dearly just because of the human being that he is. You talk about being misunderstood in life and then you meet someone, who understands you completely. Then the world doesn’t exist.’

She further added, ‘So for him and me, when we’re together, the world ceases to exist. We find solace in one another because of the similarities we share as people. Even when we were dating each other, it was the same thing. I feel extremely happy because he’s my family.’

The couple jointly promoted a shampoo advertisement in the year 2013. It made them closer to each other and their relationship slowly grew into love and finally got married on 11th December 2017. Their private wedding took place in Italy followed by the post-wedding celebrations in Mumbai and Delhi.

You make me such a happy girl 💜

Speaking about the professional front, the actress was last seen in the film Zero under the direction of Aanand L Rai. The film features Shah Rukh Khan and Katrina Kaif in lead roles. From then on, the actress hasn’t signed any film. But, she is pretty busy with production.

On the other hand, Virat Kohli, the captain of Indian cricket team recently took part in the World Cup 2019 tournament but couldn’t reach finals. The Indian team couldn’t win the World Cup trophy due to its loss against New Zealand team. As of now, he is all set to take part in the upcoming West Indies tour.