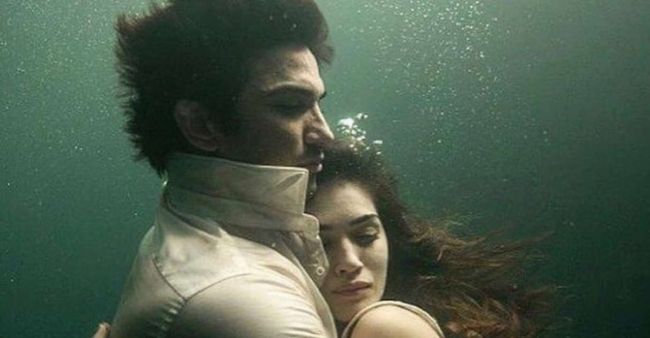 On Thursday, actor Kriti Sanon remembered late actor Sushant Singh Rajput as their film Raabta completed four years. She said that her meet with Sushant was meant to be. Her note comes a few days ahead of Sushant’s first death anniversary..

Taking to Instagram, Kriti shared a short video with scenes from the movie as well as behind-the-scene clips. She added song Darasal from the movie in the background. She captioned the post saying, “Tan lade, tan muk jaye, Rooh jude, judi reh jaaye…” meaning when only the bodies connect, they wither and die but when the souls connect, they remain connected forever. She added, “I truly believe in connection, I believe that we are meant to meet the people we do…My Raabta with Sushant, Dinoo and MaddockFilms was just meant to happen…”

Elaborating on her experience, she said, “Films come and go… But every single film has so so many memories behind it…The connections we make and the memories we live with each other stay within us…Raabta was one of my best and most memorable experiences and it will Always remain close to my heart…”

She concluded saying, “Little did i know that it would be our first and last…#Rabbta.” Kriti and Sushant were close friends and also rumoured couples. She was among the few Bollywood celebrities to attend his funeral.

Meanwhile, Kriti wrapped up the shoo for her next film, Bhediya, in Arunachal Pradesh. The film staring Kriti, Vrun Dhawan, Abhishek Banerjee and Deepak Dobriyal is set to hit theatres on April 14, 2021.