As Donald Trump is in India, all are very excited and following up on the latest updates. Many people have welcomed him to India and others are just hoping for benefit of the country. Among those, KRK too is in the mood of gaining attention from the internet. As of recent, he took to his Twitter and composed a tweet about Bigg Boss 13 winner Sidharth Shukla. 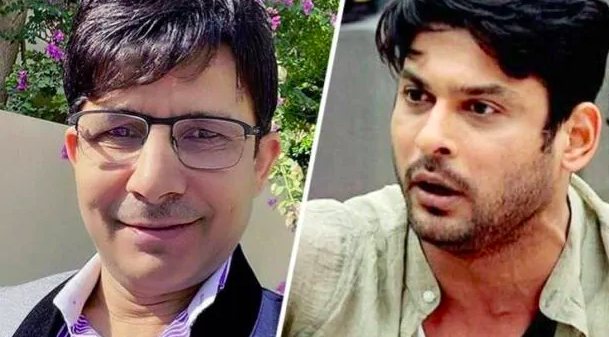 The tweet by Kamal Rashid Khan is turning into a web sensation. In the tweet, KRK has posed a hilarious question for US President Donald Trump, is Siddharth Shukla a fixed winner of Bigg Boss 13?

Sir #DonaldJTrump can you pls tell us Indians, whether #SidharthShukla is a fixed winner of #BiggBoss13 or not? Thanks Sir!😁🤪🙏

KRK wrote in the tweet-“Sir #DonaldJTrump can you pls tell us Indians, whether #SidharthShukla is a fixed winner of #BiggBoss13 or not? Thanks, Sir! ‘.

Numerous people found KRK’s tweet very funny. One user said- Have you eaten at 12 AM? For your information, KRK is a frequent follower of Bigg Boss and he has raised questions on Bigg Boss for declaring Sidharth Shukla as BB 13’s winner. Check out the reactions below:

Talking about KRK, he is known for his funny and disrespectful comments for people and movie reviews. Just because of his nature, Twitter once blocked him but after some time, his profile got unblocked.