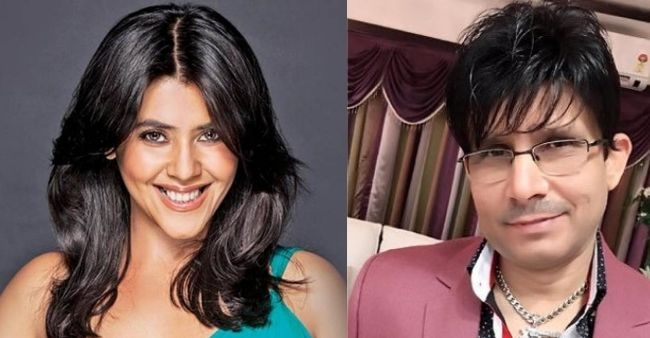 KRK is an Indian film actor, producer and writer. And he has always been in a controversies for his statements against the celebrities of the industry. If he gets the opportunity to dig out something sensational as like Raj’s case he’ll definitely do so. Couple of hours back, KRK started Twitter polls which posed questions for both Ekta Kapoor and her OTT app, ALT Balaji.

ALT Balaji is renowned for producing some bold content, which is restricted to 18+ only. Though, the shows have got great success, have met with serious criticism for their high obscene contents. KRK has gone to another level and asked questions ,will definitely gonna trigger Ekta Kapoor for a longer time.

A few hours back, KRK conducted a polling where asked ,” Do you think that ALTBalaji is a soft P*rn app?” Very shockingly , 88% of voters polls for yes. It has fatched votes of around 7k Twitter users.

It will be interesting to see Ekta’s response to this or else she’ll takes any serious action against Kamaal Khan .

Recently, Kamaal backed comedian Sunil Pal, slammed the actor Manoj Bajpayee for doing shows like The  Family Man. He even compared Manoj with Raj. And wrote “jaise jis insaan ki soch hoti hai ,vaise hi woh kaam karta hai.” So that is why Manoj doesn’t have any problems for such Content. Compared Manoj with Raj , says they both are same.