Marvel’s most ambitious project Avengers: Infinity War released this year and has made a havoc in the world of cinema and has also become the fourth movie to cross $2 Billion mark at the global box-office. The film gave goosebumps to fans right from the Marvel Studio introduction because it was with minimal music for the very first time which indicated something bad is coming.

At the end of the film, fans literally skipped heartbeat with totally unexpected and shocking climax of the first part of ‘two-part Avengers film’. Fans say that the latest Marvel movie, Antman and The Wasp has a connection with next Avengers film. 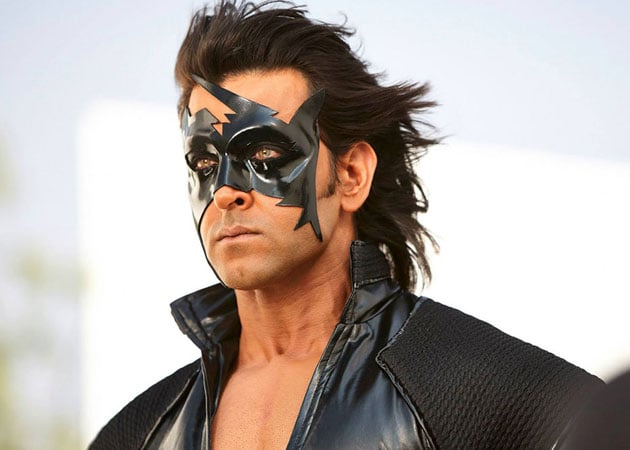 As Hrithik Roshan’s fans celebrated 12 years of Krrish, they launched about on Twitter pitching Roshan against Thanos. And if you are wondering what the epic battle is about, it’s nothing but of hilarious memes and GIFs – and it has left everyone in splits.

With funny one-liners and snippets from both the films, many users tried to wonder what would happen if Thanos faced Krrish. Some even compared the Marvel villain’s quest for infinity stones saying, “6 fingered hand of Krrish is greater than Thanos’ gauntlet with 6 infinity stones”.

Have a look at some of them.

Can Thanos or any other superstar in Marvel Avengers do like this. #HrithikVsThanos @HrithikkRoshan@Hrithik_Fans pic.twitter.com/2CdqvSANDo

What will happen if Thanos & Krrish gets together? I bet they will wipe out the entire @Marvel Universe. 😀 #HrithikVsThanos @ihrithik pic.twitter.com/VG5kqoVQcT

The preparations for Krrish 4 has already begun and is dated to release in December 2020.

Aren’t these Krrish vs Thanos meme hilarious? Let us know about it in the comments section.