Kumar Gaurav ‘Lover Boy Of 80s’ Ruined His Career, read on to know 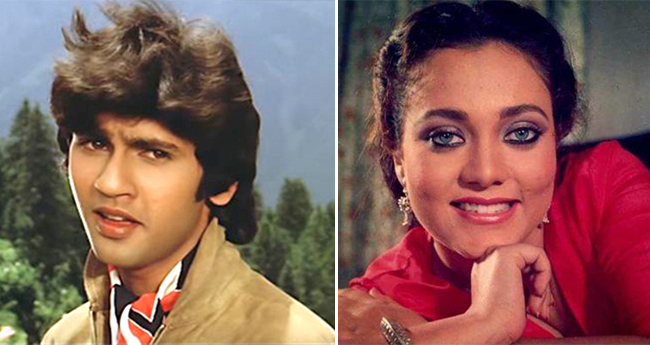 We all know Kumar Gaurav, the popular actor during the ‘80s, who entered the film world with a super hit flick ‘Love Story’.

The film was a big hit during the year 1981 and this made Kumar Gaurav a popular star overnight. After that, a number of flicks like ‘Teri Kasam’, ‘Naam’ and ‘Kaante’ performed really well at BO.

He was known as the ‘Lover Boy’ of the Hindi film industry. Manoj Tuli who got famous as Kumar Gaurav was born on July 11, 1960. He tied the nuptial knot to Sanjay Dutt’s sister Namrata Dutt.

For the not conversant, Kumar is the son of the renowned veteran superstar, Rajendra Kumar. Rajendra Kumar lost his life owing to cancer during the year 1999.

At that time, Kumar Gaurav was not an established star as his film career was over. But the majority of his fans are not aware of the reason behind his ruined career in the film industry.

Attaining a big name in Bollywood is not an easy task, but after getting popular it is vital to stay in limelight and that too is a really challenging thing to do. This is just what happened with the actor too. After delivering some hit flicks, the success entered into his head and he kept on refusing work with new actresses. Filmmaker Dinesh Bansal had roped in a new actress Yasmeen for a movie name ‘Shirin Farhad’ with Kumar.

But when the actor got to know about this that the maker has roped in a new actress, he said no to do the movie. The maker made many attempts to convince him but he was not in a mood to work in the flick. After a gap of 4 years, Raj Kapoor commenced auditioning new faces for ‘Ram Teri Ganga Maili’ in which Yasmeen passed the test. At the time of her debut in the Hindi film industry, Yasmeen altered her name to Mandakini. The movie was a big hit, making Mandakini too, a big name in the film biz.

After that, there came a time when the destiny turned its face and no popular actress comprising Mandakini was all set to work with Kumar Gaurav. Since Mandakini was full of new offers for a lot of other films, she took her revenge from Gaurav by saying no to work with him!