Why did Lady Gaga turned down the question of dating Shah Rukh Khan? Know the reason 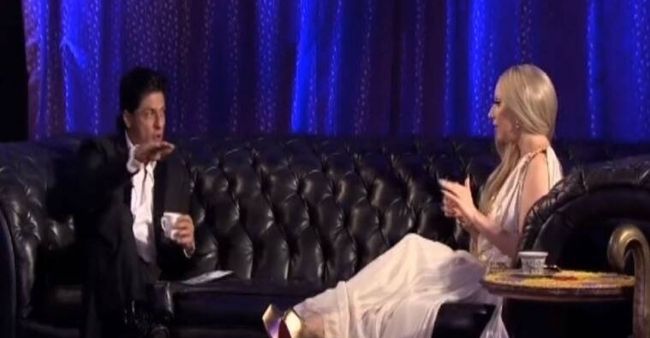 Shah Rukh Khan, popularly known as the King Khan, a Bollywood superstar has previously interacted with a number of international figures. Prince William and Kate Middleton, Christopher Nolan, Katy Perry, and Dua Lipa are among them. He had a one-on-one interview with American singer Lady Gaga among the many celebrities he met.

In 2011, the Bad Romance singer paid a visit to India and sat down for an interview. The two spoke about her faith, their work, and the roots of her stage name, among other things. Several members of the audience have asked her questions during the talk. By one of the audience member, Gaga was asked if she would be open to dating Shah Rukh Khan in the hypothetical situation.

The singer was quick to dismiss the question. She mentioned the actor’s marital status. “You’re married, absolutely not. I’m a good girl, I don’t believe in that, I am a one-guy girl and very old fashioned that way, absolutely no way,” she said. “That’s my hopes to the ground,” Shah Rukh remarked jokingly.

During her visit to India, Gaga also spent time with Shah Rukh’s Ra.One co-star Arjun Rampal . She posted a photo of the trio on Twitter and wrote, “Screw Hollywood. It’s all about Bollywood.”

Screw Hollywood. It's all about Bollywood. http://t.co/Q31ZcY3K

Last year, many Hollywood and Bollywood stars joined hands for the One World: Together at Home initiative with Global Citizen.  During the show, Shah Rukh addressed fans from all over the world and also performed a rap with his son AbRam. Gaga cheered for Shah Rukh Khan and posted a short clip of him speaking at the function.

Shah Rukh has been busy lately with his upcoming movie Pathan. Deepika Padukone and the actor reunite for the film. This is also his first collaboration with John Abraham, thanks to Yash Raj Films. Gaga, on the other hand, recently wrapped production on her forthcoming film House of Gucci. Patrizia Reggiani is her character (later Patrizia Gucci). Adam Driver, Al Pacino, and Jared Leto also star in the film.