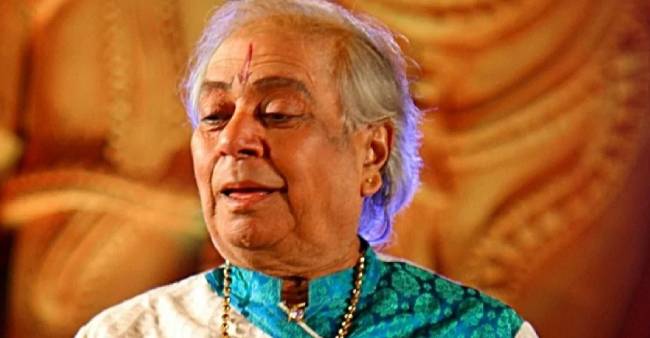 In the early hours of January 17, legendary Kathak dancer Birju Maharaj died at his home, confirmed by his granddaughter. He would have been 84-year-old next month.

Dancer, who was popularly known as Maharaj-ji, passed away while being surrounded by his family and disciples. As Ragini Maharaj told PTI, that they were playing antakshari after dinner when he suddenly took ill.

Maharaj-ji is survived by his 5 children – 3 daughters and 2 sons – and 5 grandchildren. He was from Lucknow’ Kalka-Bindadin Gharana and was one of the most famous and most loved artistes in India.

Ragini Maharaj stated that they were playing antakshari as Maharaj-ji loved old music. “He was lying down… and suddenly his breathing became uneven. We think it was cardiac arrest as he was also a heart patient,” said Ragini, who is also a Kathak dancer.

She added that it happened minuted after midnight and they rushed him to the hospital, but unfortunately they couldn’t save him and he died before reaching the hospital.

Condolences poured in as the news of Birju Maharaj’s death came in. Prime Minister Modi termed his death as “irreparable loss” to the entire art world.

Others such as composer Adnan Sami also paid respect and condolence on the loss of Kathak dancer.

Extremely saddened by the news about the passing away of Legendary Kathak Dancer- Pandit Birju Maharaj ji.
We have lost an unparalleled institution in the field of the performing arts. He has influenced many generations through his genius.
May he rest in peace.🙏🖤#BirjuMaharaj pic.twitter.com/YpJZEeuFjH