Like Govinda, other Bollywood actors that rejected Hollywood films 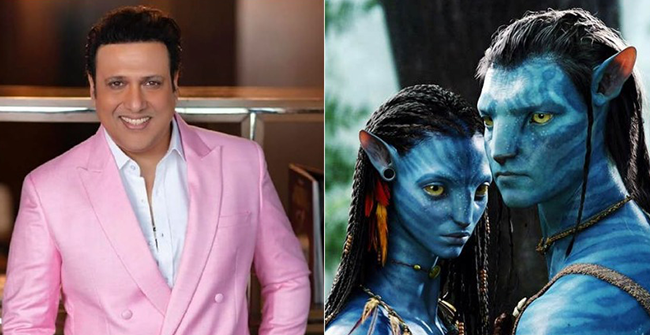 The Bollywood is blessed with a talented bunch of actors and actress who have given great performance in films. Some of the artists are so talented that they have managed to bagged a role in Hollywood movies and even have acted in the films. However, there are many who got offer from the Hollywood but turned down some of the biggest projects from the Hollywood.

Recently, there is a news that veteran actor Govinda had turned down James Cameron’s Avatar. In an interview he said “It was me who had given the title of the movie. I had told (James Cameron) that your film will run successfully in cinemas. I also added that your film will take at least seven years to complete. That infuriated him.”

Have a read below to know about more such actors who rejected offers from Hollywood.

SRK was offered the role for Danny Boyle’s Slumdog Millionaire. He was approached for the role of the host of the show ‘Who Wants to Be a Millionaire’ which eventually was played by Anil Kapoor. In an interview, while peaking about it, Badshah of B-town said  “I know Danny felt bad about it. But he is such a good human being. And his love for India is something very special. After I saw the film, I thought Anil had done a fabulous job and deserves every bit of the success.”

Thank u all for spending your Eid with me… May God bless u all with health and happiness. #EidMubarak

The Global star although has acted in Hollywood films and series Quantico. She was once offered the role to portray opposite to Henry Cavill in Immortals. During that time, the actress  was working on Vishal Bharadwaj’s 7 Khoon Maaf in Bollywood and thus rejected the offer. Eventually, Freida Pinto played the role.

The gorgeous actress Aish could have been the part of Troy which is directed by Wolfgang Peterson. The other actors in the movie were Brad Pitt, Eric Bana, Orlando Bloom, Dian Kruger, among others. She was approached to play the role of Brise is but she turned it down because she was uncomfortable with some scenes with Brad Pitt, as per the reports.

A post shared by AishwaryaRaiBachchan (@aishwaryaraibachchan_arb) on May 20, 2019 at 7:14pm PDT