India is a tolerant country. Indians are known for their tolerant nature too. When it comes to accommodating people, we have always laid our arms wide open and never refused anyone no matter how bad the relations are with them.

India is given as an example of religious harmony and balance. Despite all the testing times our country and people have faced, several religions co-exist with mutual love, respect and understanding here.

Recently, a video is making all the Indians proud. The video is doing rounds on the internet and people have been praising it. A man was seen offering namaz inside a Gurudwara. And the best part is no one ever told him anything.

This happened in Gurdwara Sahib Bercham in Ipoh, Malaysia. The special thing about the said video is that a Muslim guy is seen praying namaz while Gurbani is being sung at the Gurdwara.

This video is setting a great example of mutual love and co-existence, something that is the basic guideline of every religion. Everyplace in this world is the home of God. When people can live and perform their duties together in the world then they can perform their prayers together also. And there’s no better time and example to understand the fact than this.

Have a look at the video here:

A muslim guy spotted doing Namaz in Gurdwara Sahib because he couldn't find a mosque and dropped by at Gurdwara Sahib to complete his Namaz. Good thing Nobody including Gurudwara Sahib committee member stopped him . pic.twitter.com/d0slZNDAuW

Twitteratis are happy and see their reaction below:

Good morning, watching this has really brought me peace this Morning, I think it’s beautiful. Gurdwara’s are a place for peaceful mind, good thoughts, love everyone and this proves a point. Thanks for sharing. 🙏🏽

Excellent. That is the real meaning of religion. Namaz during Shabad.

Gurudwara always welcomes everyone, no matter race or religion. God is one.

Loved the video 😍 such harmony is needed across the religions.

What do you think? 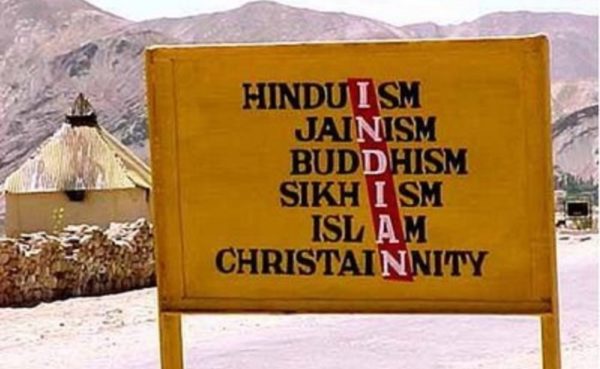 Stay connected to laughing colours for more such updates.