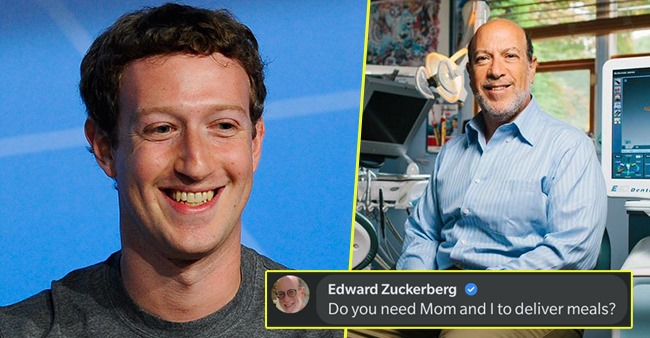 Mark Zuckerberg is among the well-known personalities in the world. Starting from Facebook to capturing Instagram and other prominent social media platforms, he surely has come a long way. There is no doubt that he has build up an empire of billions and is still climbing the ladder of success.

Recently, a conversation between Mark Zuckerberg and his father Edward Zuckerberg has taken the internet by storm. The interaction between the father-son duo proves that no matter where reach in your life or how old you become, parents will always treat you as their little kids.

On Friday, the CEO of Facebook took the social media platform to talk about how while working on something exciting he forgets to eat meals. Mark’s Facebook post reads, “Do you ever get so excited about what you’re working on that you forget to eat meals (sic).”

Furthermore, he added, “Keeps happening. I think I’ve lost 10 pounds in the last month from this, but our new products are going to be (sic).”

While Mark’s followers agreed with what he said and how they get consumed in their work, his father had his say.

Mark Zuckerberg’s father Edward Zuckerberg headed towards the comment section and wrote, “Do you need Mom and I to deliver meals (sic).”

The conversation continued by Mark replying, “Aww thanks but I just need to stop forgetting to eat (sic).”

A Facebook user expressed their astonishment at the fact that Mark Zuckerberg hasn’t blocked his father. Usually, Facebook users have a habit to block their parents or family members on social media sites.

They are also finding the fun interaction between Mark and his father very relatable, as parents tend to keep on asking if their kids have had food or not.

Published by siddhi ajgoankar on 24 Apr 2021