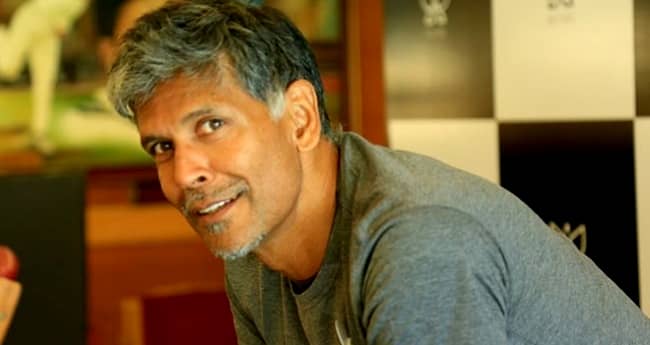 Milind Soman is a supermodel, actor, and a fitness enthusiast who is inspiring many to stay fit. The handsome hunk has been quite a successful model in his days and has done a handful of movies in his long career span.

Milind is a completely different kind of a star who has got all the heroic qualities as well as the great personality to land some interesting roles in the films. However, we rarely get to see him in the films. Milind has been a part of movies like David, Chef, Bajirao Mastani, and Bheja Fry. Apart from movies, Milind has also done a bunch of TV shows like Captain Vyom, Noorjahan, and Fear Factor: Khatron Ke Khiladi x 3.

Surround yourself with people who make you smile 😊😊😊

The 53-year-old actor has maintained himself and has got all those rugged looks which can make anyone drool over him. In fact, he can give a tough competition to the mainstream actors of Bollywood. However, it seems luck isn’t working in the favor of Milind. Filmmakers fail to recognize his talent and don’t cast him in movies.

Talking about the same, Milind explained the reason behind it and stated, “Nobody wants to cast me in films, yes that is true. I do not know why, but that is the reality.”

Now that’s what I call a great idea @Flipkart !Why act your age when you can #ChooseYourAge. I am only two triathlons old and that’s how I define my age :) I did my first triathlon 'the Ironman' just to celebrate my 50th birthday and followed it up with Ultraman at 51, who knows what's next !!!! Tag and share the video with someone who you think has inspired this thought ! #ChooseYourAge. Link in bio.

He added, “Once in a while, film offers come to me and I do that. I am interested in performance though… I like acting. It is a well-paid job and according to some people, I am good at it.”

“I think people do not associate me with the mainstream… Only the urban people (maybe). I do not have friends and network with the commercial cinema world. In every business, the network is important.”

Get comfortable mentally and physically before you push😊😊 #prep #Fitterin2018 pic : @dahiya_vinay

When asked if he would ever love to work with any well-known filmmaker, he said, “I do not know any of them. In fact, I do not watch films. Perhaps that is the potential reason why people do not cast me in the film. I am one of those people who love to act in the film but does not want to watch the film. I think in a year, I watch maximum three films, that too superhero films.”

#ThisDayLastYear Completed the #Ultraman challenge in #florida #10kSwim420kbike84krun 😁😁😁 next is what ?

Well, we hope all the ace filmmakers who are looking for some real talent and a great face, Milind is there who will perfectly fit in the requirement. We would love to see Milind doing some great movies in the coming years.