Bollywood sensation actress Shraddha Kapoor has a lot of things when it comes to film offers, and apart from these offers, her personal life is also standing apart quite evidently. She is rumored to be dating celebrity photographer Rohan Shrestha and both of them have been frequently papped in public.

Both Shraddha Kapoor and Rohan Shrestha have tried their best to keep their relationship secret by denying it, but reliable reports of them dating seems to be refusing to die down.

As per recent news, it has been learned that Rohan Shrestha took a long vacation at the same time when Shraddha Kapoor was filming Baaghi 3.

Ace photographer Rakesh Shrestha’s son has reportedly accompanied her to various places like Serbia, Morocco, Egypt and Turkey. The actress was also present there on a 40-day schedule for the film, which was in question.

As per a recent source, it is quite evident that both of them along with the leading actor of the movie Tiger Shroff had a great fun partying, especially in Serbia. It also turned out to be a good workstation for Shraddha Kapoor as well. 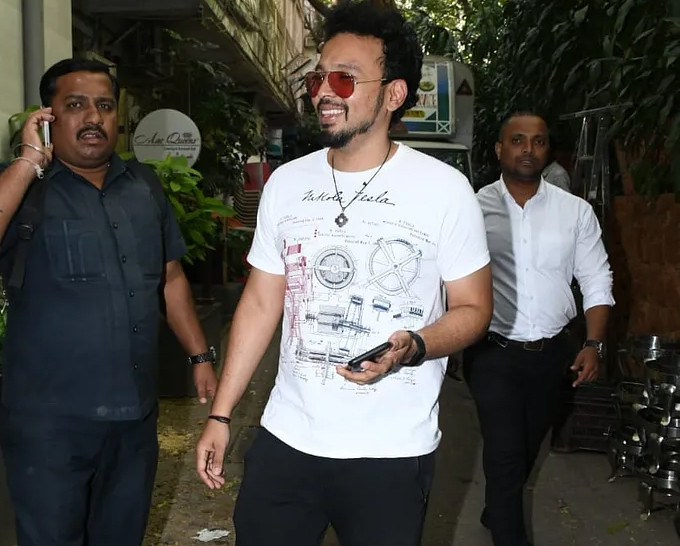 Rohan Shrestha was also expected to accompany Shraddha Kapoor to Jaipur, for another schedule of the movie Baaghi 3, but his professional work commitments did not allow him to go. This was one of the major reasons why he extended his overseas holiday and it was originally not supposed to be as long as 40 days.

A lot of talk about Shraddha Kapoor planning to get married with Rohan this year has been surfacing of late, but Shraddha’s father Shakti Kapoor denied the same. He said that there is no truth to it. Shraddha Kapoor has no plans of getting married for coming 4-5 years and she is very much focussed on her upcoming movie projects.

Ananya Panday looks lovely in every picture as she flaunts her photogenic body...

Priyanka Chopra is excited about starting a family with her charming husband Nick Jonas...