Mumbai ATM dispenses Rs 96,000 even before the PIN is entered 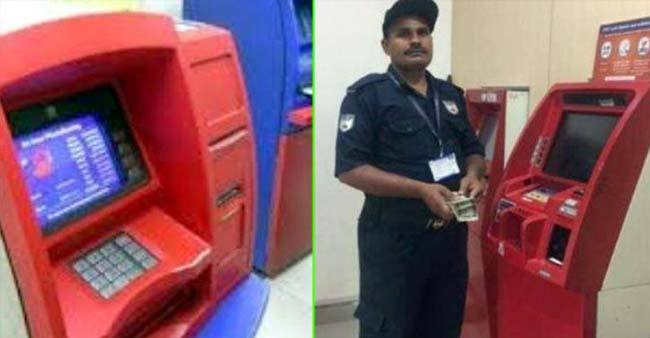 It is really hard to imagine that someone going to ATM for cash, and before you complete the transaction, an amount of around 1 lakh coming out of it. Most of us will be scared and thinks that the amount of money has been debited from account. But if your bank balance is indeed too low, then you will certainly be sure that the money is not yours.

In an incident where the technology really gone bizarre, a Mumbai ATM in the East of Andheri, dispensed an amount of Rs 96,000, which came in the denominations of 500 rupee notes. The interesting fact is that this amount came out even before the account holder entered her PIN number. But she was lucky enough that this amount was not at all deducted from her account. The incident occurred to Rafiqua Mahadiwala, who is a chartered accountant and was trying to get some cash from the ATM.

As she was trying to get the cash, the machine started making noise and she quickly removed the card and started checking with another machine in the same ATM center. At this time, the currency notes started spilling out of the machine and she was left shocked. The first thing that she tried to do was to check whether any amount of money had been reduced from her account. But she realized that no money has been debited from her account and she handed the amount to the security guard at the ATM.

“I quickly removed the card and was checking another machine in the same kiosk, when the currency notes spilled out. I checked my phone to see if any debit SMS had been sent by the bank, whether the amount had been debited from my account or not. But there was no message,” she said.

To make sure that the transaction got recorded, she left a video note on the CCTV. However, her attempts to make direct contact with the bank failed.

But the question still remains, that if the money was not her’s, then whose money was it. No bank allows the ATM’s to dispense such an amount in one go and there is always a limit that is way behind this amount. This incident really tells us that the ATMs are not perfect and they too can be faulty at times and one should make sure to cancel the transaction if they are not able to withdraw the cash.