Mumbaikars form human chain to save 2,702 trees in Aarey Colony 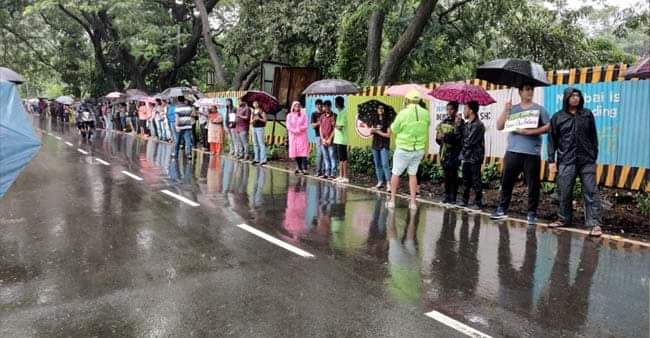 BMC Tree Authority cleared the Mumbai Metrorail Corporation Limited’s (MMRCL) proposal to cut 2,702 trees to build a metro 3-car shed in Aarey Colony and Mumbai is in shock because of this.

A committee of 20 member Tree authority was there, of which the six Shiv Sena members voted against the proposal. The BJP and NCP voted in favor of the cutting of trees, and oddly enough, the tree experts from the authority supported the decision too, according to a source.

#Mumbai Please #WakeUp, This is your last opportunity to try #SaveAarey, Hit the streets & protest to save the only green patch left in #Mumbai #Aarey forest to go under the axe as BMC clears permissions to chop down 2700 trees.#Mumbai has been Betrayed!#SaveAarey pic.twitter.com/2zlz7Jwmxf

With Mumbaikars, the decision has not gone down well and in the past few months, the BMC received over 82,0900 objections to uprooting the trees in Aarey.

Not just the ordinary people, even the actress, Shraddha Kapoor has been posting about this actively on her social media, expressing outrage. Not only that, she was also a part of the human chain that Mumbaikars formed to protest the cutting of over 2,500 trees.

In Mumbai, images and videos of hundreds of people forming a human chain to protest against the cutting of trees in Aarey are doing rounds on internet and social media platfroms.

All, including Men, women, kids and elders have banded together to form a chain. They are standing strong even in heavy Mumbai rains, some with umbrellas, some with raincoats some not even with that, bent on getting their protest.

.@shraddhakapoor pledges her support to save the Aarey forest. pic.twitter.com/B7dF04lZjM

Now a days, deforestation has been proven to be a major cause of climate change, this decision by BMC is a real shocker. We cannot keep uprooting trees in the name of development. If the part of the forest really has to be cleared, a way and place to replant these trees should be worked on, instead of killing them wholly.