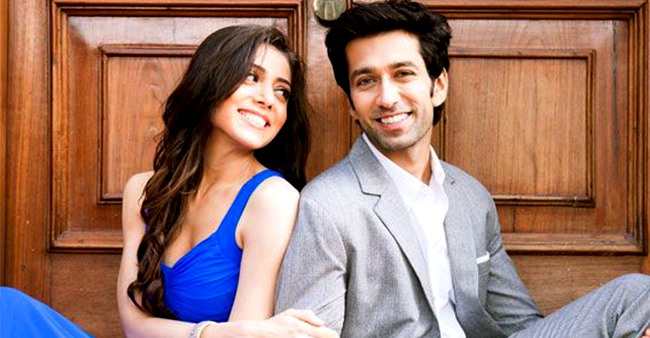 All of us have definitely heard this phrase, “Love at first sight.”Many people believe in this and some don’t. There is one telly town couple that makes us believe in this concept. We are talking about Ishqbaaz fame Nakuul Mehta and his wife Jankee Parekh. They started dating a very young age and finally took their relationship to marriage. Nakuul says Jankee is the only and the first girl she dated and then got married to. Now isn’t it adorable?

Nakuul and Jankee’s relationship is inspiring and full of romance. Let’s have  a look at their love story:

College romance: For Nakuul,  Jankee was her love at first sight. He said, ‘It was love at the backside for me. I recall seeing a hint of this girl dancing at a class I had signed up for. I knew that I wanted to know her, maybe have a conversation, go on a date, and get married. All of these were thoughts, which came almost simultaneously without having even seen the girl. It is quite bizarre when you are as young as we were, straight out of school.’

Friendship: Nakuul reveals saying, ‘Finally, I gathered the courage and asked her, ‘Do you have a name?’ Her look said, ‘What do you mean, do you have a name?’ But she just said, ‘Jankee’.  It took him more than two months to get Jankee’s number.

After speaking to her for 6 months, the actor finally decided to go all out, and ask her out. But, much to his shock and surprise, he landed straight into the friend-zone. Yes, just like many others Nakuul also was friend-zoned by Jankee initially. “I went to her house with a bouquet and a card. But all she said was, ‘I’ll call you.’ Then she called and said, ‘I don’t see you like that.’ It was a no go, but I continued to be her friend despite how hard it was.”

To my first best friend who I kissed & built a life with…Happiest Birthday @nakuulmehta You never cease to amaze me. Thank you for who you are, and all that you do. I Love you❤️❤️❤️❤️❤️

Revealing feelings: Nakuul says, “6 months later when I went to the US, she realized that she missed me. When I came back, I knew that it was moving somewhere, but she wasn’t forthcoming. In a week she called me and said ‘I like you too.’

Marriage proposal: Nakuul says, At 2 am, I proposed to her on Marine Drive with a 5-page poem I’d written. Thankfully she said ‘yes’ before the cops came after us!’

D-Day: Nakuul stated, ‘I  did not want the focus to be shifted from my career by announcing my marriage. People never ask me whether I am married, as I look very young. They used to ask me if I was in a relationship and I would say ‘Yes’. People just assumed that I was single. It didn’t occur to anybody that I was married.’

Since then both of them are very happy. They support each other, love each other, are best friends, and take care of each other.