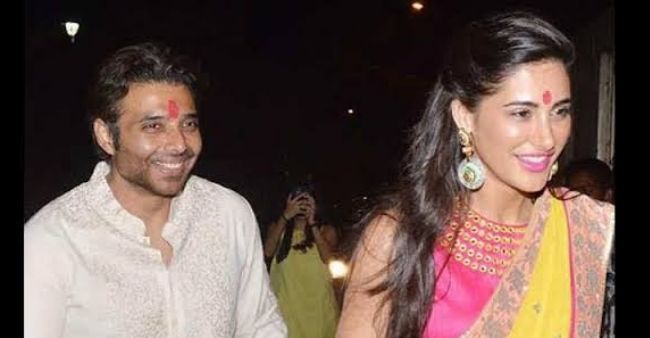 Actor Nargis Fakhri reveals that people warned her not to disclose that she was dating Uday Chopra. She now regrets not revealing her relationship to the public.

Nargis praised Uday as a “wonderful spirit” and expressed regret for not speaking about him from the “mountain tops.” “I dated Uday for five years, and he was the most attractive person I encountered in India. People advised me to keep my relationship private, so I never notified the press, but I now regret it because I should have shouted from the mountaintops that I was with such a lovely person. The internet and social media are incredibly deceptive, and the general public will be unaware of the facts. Most of the time, we idolise those who are awful behind closed doors.”

Around 2014, there were reports of them dating, although they always denied it. “I am repeating myself: Uday and I are not dating each other,” Nargis remarked in an interview with Mid Day. He will, however, always be a part of my life. I only have a few friends in India, and I consider myself lucky that he is one of them.”

Nargis moved to New York shortly after their breakup. Many assumed she had left the nation because of heartbreak, but her spokesperson stated that she had gone owing to health concerns. “Over the last year, Nargis has been incredibly overworked, working on three films at the same time. Filmmaking requires a high level of schedules and long hours of work that not everyone can handle. Despite being instructed to rest completely, she made sure she finished everything she had promised to do for Azhar,” the statement said.

Kiara Advani appreciated to her lookalike’s ‘Shershaah’ reel, and says she is ‘killing it’...