Navratri: Know all about the grand 9 days of celebration and the significance of this pious festival 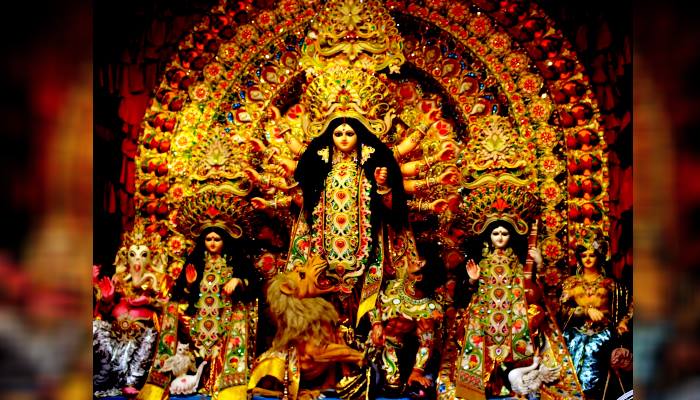 India is a country of many festivals and Navratri is one such occasion which is celebrated for 9 days, leading to another festival i.e., Diwali or Deepawali. From today, 10th of October, Navratri kickstarts and ends on October 18. People will worship Goddess Durga and will play Dandiya during upcoming 9 days with all energy. You will see Goddess Durga Idols worshipped at many places which are all decorated with flowers and lightings. The last five days are celebrated as Durga Puja in West Bengal and the last day is called Dussehra.

This festival is celebrated for various reasons and comes 4 times a year but only mid summer’s and early winter’s Navaratri is being celebrated in various cities of India. However, to this extinct, only this post-monsoon autumn festival called Sharada Navratri is observed which is widely celebrated in the state of Bengal.

According to the holy Vedas, during this time Goddess Durga defeated a buffalo demon to save and render the Dharma or Dharm. In northern states, during Navratri, Rama Lila procession is seen in various part of the region and on the 10th day, the festival of Dussehra is celebrated that signifies the victory of God Rama over the King Ravana to save Sita.

In Gujarat, people widely play Garba and Dandiya in groups, make sweets, decorates their houses and many Pandals of Maa Durga are set.

The last or after the 9th day of Navratri everyone witnessed Dussehra where a huge Ravana idol is made and is burnt. Bengalis worship a huge idol of Goddess Durga for 9 days which is then immersed in a water body such as river and ocean. This symbolises the winning of truth and right.

After 20 days of Dusshera, Diwali is being celebrated as Lord Rama came back from his Vanavas after 14 years.