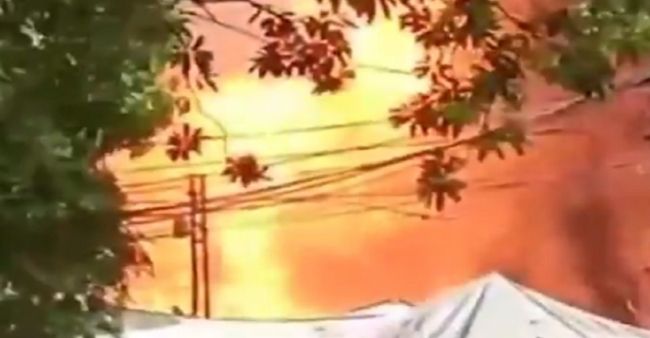 An hour ago Multiple cylinder blasts took place at Lahore’s Barkat Market, just after few days of  terror attack in the city which killed three people, as reported by ARY News. According to sources, the gas cylinders blew up one by one at the market, making it difficult for anyone to go near the spot.

As per the rescue source, “So far 10 cylinders have exploded,” they said, adding that at least one person has sustained burn wounds in the incident. At least 12 vehicles and multiple shops have been damaged in the incident as per initial assessment as nearby shops in the Barkat Market have been vacated over fears of further damage.

Cylinder blasts are being reported frequently within the country, mainly due to the utilization of substandard products. Last week, a strong blast within the Pakistani city’s Johar Town near criminal mastermind Hafiz Saeed’s home killed three people and injured 24 others, including a constable .

As per Geo news reports, following the blast, a car mechanic was taken into custody on Saturday for his involvement in the blast. Sources said intelligence agencies arrested the technician for modifying the interiors of the car that was used in the blast. “He has been shifted to an unknown location.”

Police officials also said that, A rickshaw and motorcycles parked nearby were completely destroyed by the blast. The site of the blast was cordoned off with a bomb disposal squad collecting evidence.