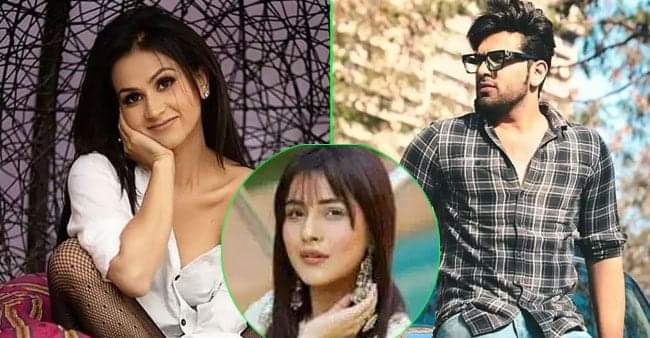 Published by Nilesh Bhattacharya on 20 Mar 2020

As Bigg Boss 13 ended, everyone was looking out for another reality show in which they would find the similar spice. That was when the makers finally decided to launch a new reality show named Mujhse Shaadi Karoge.

The show was launched on February 17th with much enthusiasm and was expected to last up to the mid of May but it happens to be shut down way sooner.

As the outbreak of current pandemic is ongoing, everything seems to be shutting down and hence the show was not any exception.

Mujhse Shaadi Karoge got very abrupt finally, with Paras Chhabra choosing Aanchal Khurana. The episode from the show is supposed to be aired on March 27 and therefore, the storyline has completely drifted.

Aanchal Khurana, who joined the show on March 9th as a wild card entry, seemed to have other information regarding the show. Here is what she said, ”When I signed the show, I was told that it will run till May 17. However, a few days ago, we were informed by a representative of the creative team that the show will shut down on March 27. We weren’t given a reason then. We were informed on Tuesday that we will have to wrap up immediately as the whole industry has called for a shutdown. We shot the finale in an hour and left for our homes at around 8 pm.”

The final episode was called out as the winner Paras Chhabra chose her. On the other hand, for Shehnaz Gill, no one was left and she was told, “you have not been able to form any connection with any of the contestants”.

People speculate that her romance with Siddharth Shukla is still on and therefore, she feels to create a connection with him. As for other projects, both Paras Chhabra and Shehnaz Gill will be seen in various music videos in the coming few days.