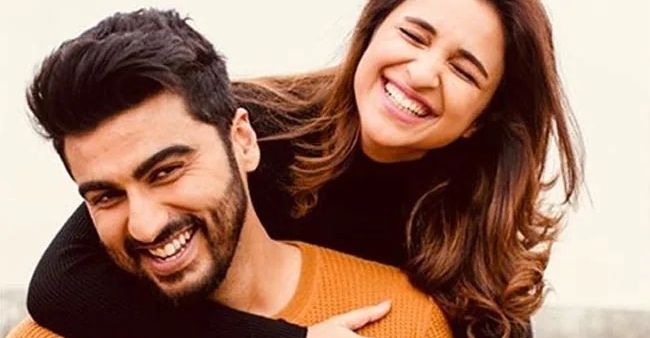 Parineeti Chopra led an Ask Me Anything session on Instagram, during which she answered questions about many of her film industry peers, including Arjun Kapoor and Karan Johar. In AMA Parineeti also praised her cousin Priyanka Chopra

When asked what Priyanka loved the most, Parineeti replied,  by saying that she is a star for the world but she is her role model Parineeti also mentioned that she is the eldest sibling of her brothers but Priyanka is the older sibling for me.  After that, she also mentioned Karan Johar ” She gave a funny reply when asked to say something about Karan. “Bhala Karega Johar, dhoondega Mera shohar (Karan will do me the world of good and find me a husband),” she quipped.

Parineeti’s co-judge  Karan Johar in joking ways said on Hunarbaaz that he will find her a partner this year. He also tried to match her with some contestants on the show.

Parineeti pulled Arjun’s leg as a fan asked her to say “some positive lines” for him,  she said that in a funny way and wrote, “Yes, your voice doesn’t need to be heard. Best to speak less.” She shared his reply on Instagram Stories and wrote, “Delete contact.”

Parineeti mentioned that it’s a frustrating feeling when Arjun annoys her and then he does nice things but she also said that she was touched by his gesture when he sent his sweatshirt and said that they will remain, friends, Parineeti also wrote ‘love you too’ but scratching it out. 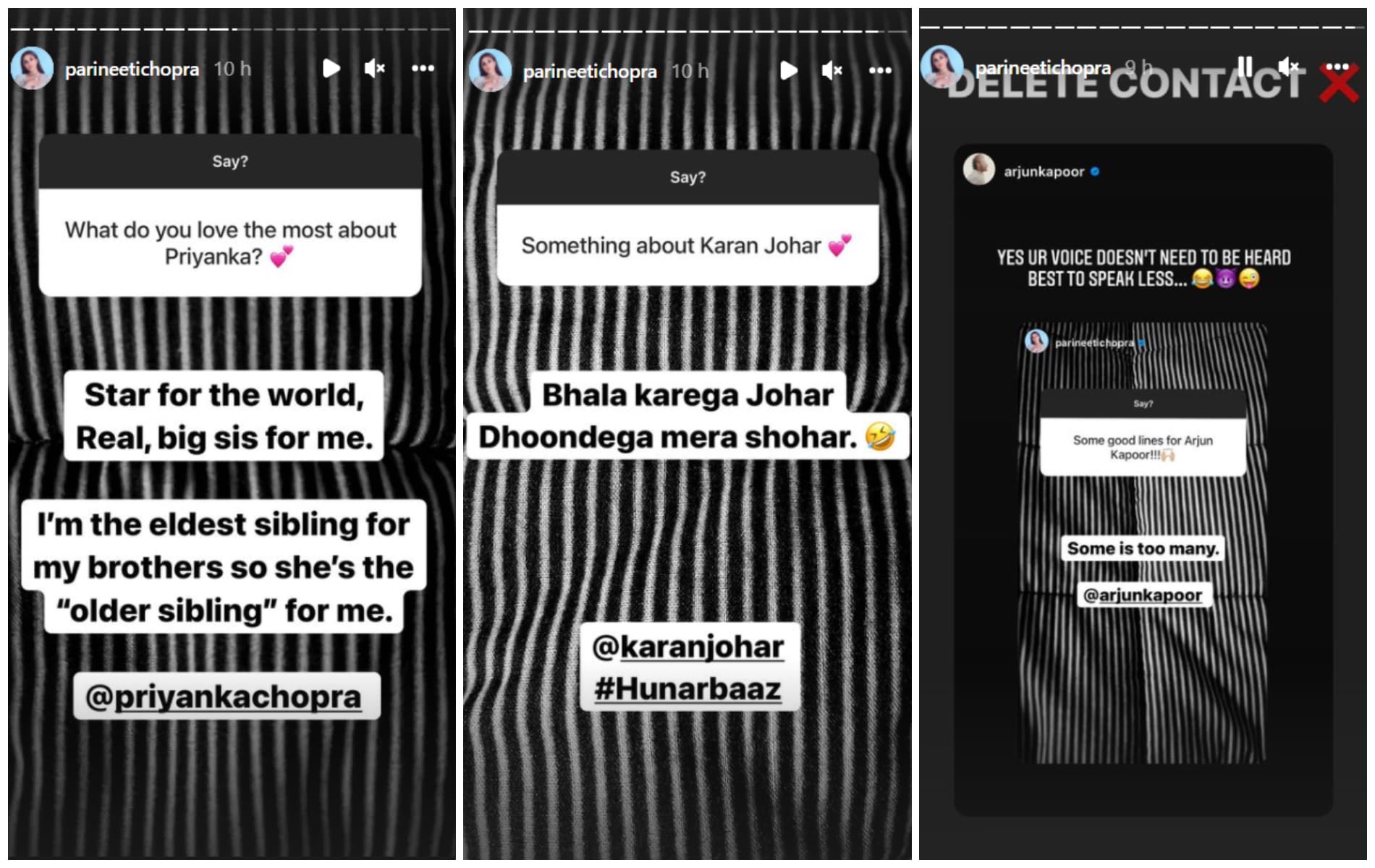