Fans are waiting for the much anticipated movie, Tiger 3, which will be the third franchise to ‘Ek Tha Tiger’. Recently, the videos surfaced online of the crew including Salman Khan and Katrina Kaif at the airport as they left for Russia to commence the shoot for their film.

Much to fans’ delight there have been pic from the shoot location in Russia, which are going viral on social media. In the pics we see Khan in a never seen before avatar. He is spotted sporting brown-golden brown beard and hair. He wore a blue demin, white t-shirt wrapped under maroon jacket. Actor looks unrecognisable as he also donned a red bandana on his forehead. 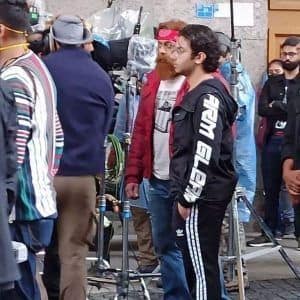 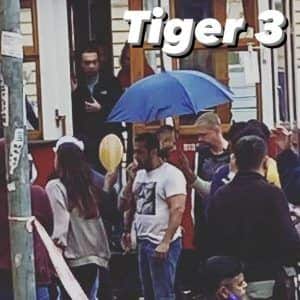 In another pic, Salman can spotted as the team is going over his makeup and he also posed for pics with his Russian fans. Meanwhile, the lead-lady Katrina is nowhere to be seen.

All updates on Salman-Katrina starrer film are being shared on the social as the fans are going gaga over it. The film will feature Emraam Hashmi as antagonist. As per reports, the Salman-Katrina will be shooting a car chase sequence in the country. The fans can’t hold back their excitement after viewing the pics.

Next in line for Salman is ‘Kabhi Eid Kabhi Diwali’.