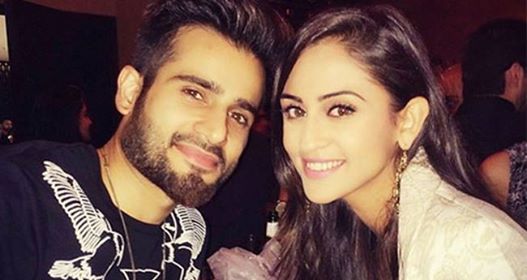 Talks about a rumoured relationship between best friends Karan Tacker and Krystle D’Souza have been rampant for the longest time though both parties refuse to divulge in details about their personal life.

Karan Tacker is very handsome and talented. He has given the audience many faces but being a possessive friend or may we add boyfriend is news to us. The actor is rumoured to be in a relationship with Krystle D’Souza. But they have not revealed to their fans about it.

Ready steady and then I jumped ! 🤸🏻‍♂️

Recently, a fan commented, “nice shot, baby” on Krystle’s post, which is extremely common given her celebrity status. However, Tacker replied to the comment saying, “‘Nice shot, baby’ let’s have a chat in private.” Well, do we need any more reasons to prove our conjecture?
Not just that, Krystle too replied to the comment in a hilarious way saying that the person in question will have to face Tacker’s wrath now.
Check out the post here: image source
Meanwhile, during a recent interview, when Krystle was asked about her relationship status with Karan, the actress replied, “I don’t think every relationship needs to be defined. I look up to Karan, he inspires me and I can count on him; it’s mutual. We are clear about what equation we share and what we feel for each other. That should be enough.”

On the other hand, Karan, when asked why he continues to remain mum about his personal life, had said, “I am a shy guy. I also hold a lot of respect for the personal part of my life. I want that to remain personal. As for relationships, they are very fragile and every time you get into one, you don’t want to talk about it because you don’t know how long it will last. You don’t want to paint yourself or someone else in a certain way. Moreover, what usually happens is that the entire fulcrum of any conversation (in the media) becomes about the relationship. I don’t want that. I want my work to be the focus. The day I get married, I will talk about it. Until then, I am as single as single can be.’’
On the work front, Krystle will be trying her hand at the comedy genre with Belen Waali Bahu.